This AHRC-funded project (£27,640) is the first of its kind in the UK to bring together philosophers, archaeologists, and museum and heritage practitioners to focus on the relation between ethics and aesthetics, and to explore how this relation shapes our understanding and practice of archaeological stewardship.

The project began on 1st June 2013 and ran until January 2015. This is a joint research project between Durham University’s Philosophy and Archaeology Departments.

The project was led by two scholars based at Durham University: Dr. Elisabeth Schellekens, from the Department of Philosophy (now at Uppsala University, Sweeden), who specialises in aesthetics, emotions and ethics; and Professor Robin Skeates, from the Department of Archaeology, who is a specialist in Central Mediterranean prehistoric archaeology and in museum and heritage studies. The complementarity of their interests is a reflection of  the projects success in bringing together scholars from seemingly separate disciplinary backgrounds. They were assisted by Dr. Andreas Pantazatos (now at Cambridge University), who was a teaching fellow in the Department of Philosophy, and a Director of Durham University’s Centre for the Ethics of Cultural Heritage.

About the research network

More specifically, the project explores how ethical concepts - such as moral responsibility, stewardship, duty, virtue, and developing our moral education - are related to our abilities required to create, appreciate and curate archaeological objects with aesthetic qualities.

The practical exploration of these concepts is both stimulating and rewarding for philosophers, while thinking about these philosophical issues will help archaeologists and museum and heritage managers re-evaluate their ideas about problems such as the long-term preservation of archaeological remains, the ownership and repatriation of artefacts, the role of Indigenous communities as custodians of their heritage, the treatment of human remains, the respect owed to past and living cultures, perceptions of antiquity and national identity, the aesthetic (as well as scientific) qualities and value of ancient objects, and the illicit (and legal) trading of antiquities. It could also lead them to reformulate their codes of professional ethics.

The project benefits from collaborating with the Ashmolean Museum of Art and Archaeology in Oxford and with a curator from the British Museum - both museums housing world-class collections, and both deeply concerned with the aesthetic and ethical implications of their objects.

The project also benefits from close collaborations with the Centre for the Ethics of Archaeology at Durham University, and the University of London's School of Advanced Studies and Institute of Philosophy.

In practice, the project is bringing together philosophers, archaeologists and museum and heritage practitioners in a series of meetings spread out over a year and a half, involving prominent international scholars, UK-based researchers - including specialists, new researchers and research students, professionals from the museum and heritage sector, and interested members of the public.

We held a first workshop centred around the theme of ‘The Return of Aesthetics to Archaeology’ at the Institute of Philosophy in London on 28-29 November 2013, and a second workshop focused on 'Ethics, Museums and Archaeology' at the Ashmolean Museum in Oxford on 2-4 April 2014. On 6-7 November hosted an international conference at Durham University 'The Aesthetics and Ethics of Archaeology'.

These meetings will lead to several publications, both on-line and in print. These are expected to be of interest not only to philosophers and archaeologists, but also to anthropologists, museum practitioners, heritage professionals, and also to museum and heritage audiences. The first of these publications is:

Activities will also continue after the end of the project, including further conference sessions. 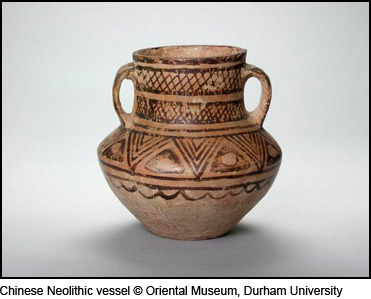 Aesthetics and Archaeology: A Bibliography