The UNESCO World Heritage Site of Anuradhapura is one of Asia’s major Buddhist pilgrimage centres and was Sri Lanka’s capital for 1500 years. Located in the island’s ‘dry zone’ with 150 centimetres of rain annually in just four months, its kings provided an outer ring of reservoirs linked to storage tanks by 87 kilometre long canals. Surrounded by Buddhist monasteries covering 25 square kilometres, fifth century CE Chinese pilgrims recorded that there were over 8,000 resident monks. Abandoned by the eleventh century CE, Anuradhapura remained a pilgrimage site. Since 1982, Anuradhapura has been recognised as a UNESCO World Heritage Site and is both a popular pilgrimage and tourist destination, cultural tourism being a key contributor to Sri Lanka’s economy.

The first phase of this project was funded by the British Academy and successfully defined Anuradhapura’s transition from Iron Age village to Indian Ocean metropolis through a major excavation in the city centre but little attention had been paid to the rural communities sustaining it. To understand their development, a multi-disciplinary team from the Universities of Durham, Bradford, Stirling and Leicester alongside the University of Kelaniya (Sri Lanka) and the University of Baroda (India) undertook an AHRC-funded survey and excavation in the surrounding jungles between 2004 and 2008. Recording 754 sites, they changed prior understanding of Anuradhapura’s population history and land use.

Rather than finding a hierarchy of towns, villages and hamlets, as many have assumed populated the ancient landscape, we identified a complex network of secular and religious heterarchies linking the urban core and the rural hinterland. Indeed, there is little evidence of large-scale, secular towns in the hinterland, with Buddhist monasteries instead playing the role of administrators, centres of redistribution and places of craft specialisation. However, it is clear that Buddhism was not the only religion that was patronised within the hinterland, with the clear development of terracotta cults and other practices running alongside the more orthodox Buddhist monastic institutions.

These institutions however were clearly linked to the construction, management and maintenance of hydraulic systems that enabled agriculture to prosper, and fed water to the city of Anuradhapura itself. This complex interchange between places of Buddhist worship, secular administration and centres of trade, termed ‘Buddhist Temporalities’, is unique within Early Historic South Asia, and was only identified through our interdisciplinary and international approach to the project. These patterns of settlement have now been recognised as sharing similarities with other tropical forest settings in Southeast Asia and Central America and, following an American Archaeology-Amerind Seminar in 2011 and a Wenner-Gren Conference in Angkor in 2012, we formally proposed the term ‘low-density, dispersed agrarian urbanism’ for this archaeological phenomenon in an article in Antiquity in 2015. 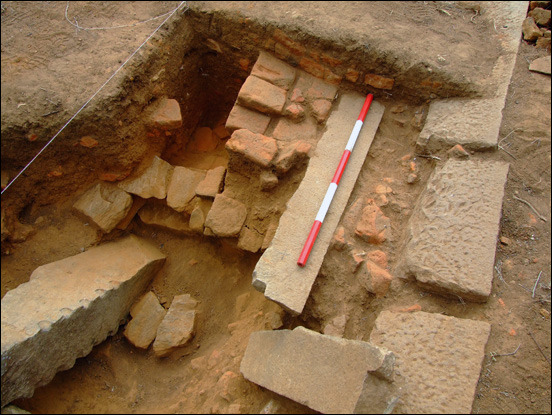 AHRC selected this project in 2019 as one of their four research grant case studies for Archaeology on account of its importance in revising understanding of the population history of Anuradhapura’s hinterland and for its role in developing new research networks and projects across South Asian UNESCO Buddhist pilgrimage sites, and informing cultural heritage policies in Sri Lanka and Nepal. 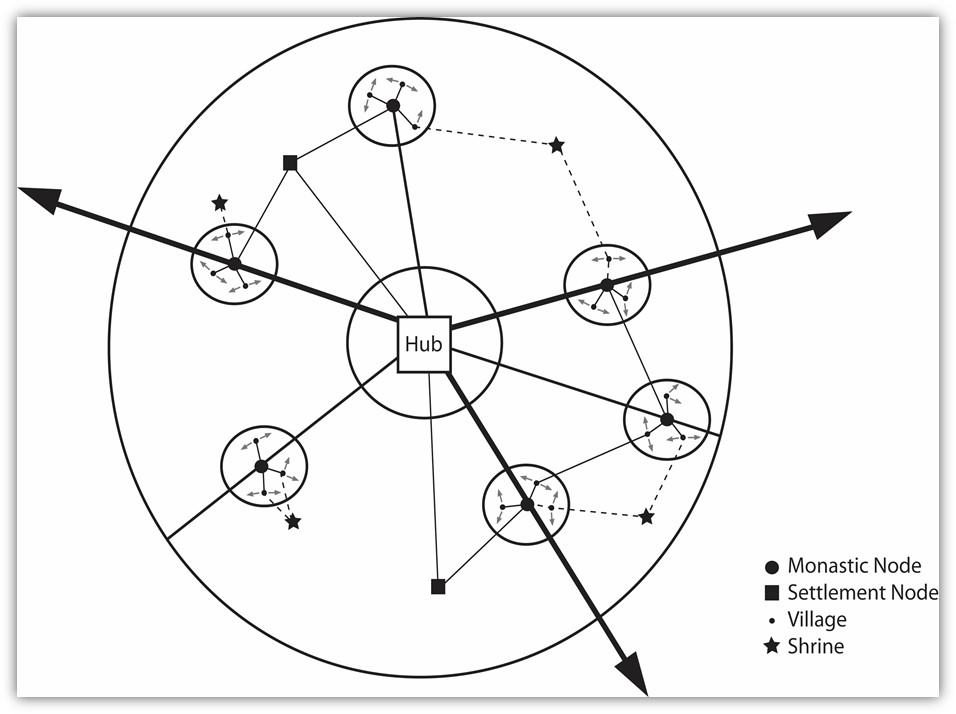