Dr Chris Caple has been examining, analysing and reporting on artefacts since his work on medieval pins in 1979. Much of this research was brought together in his book Objects: Reluctant Witnesses to the Past published in 2006; a holistic approach to artefact study, which integrated scientific analysis with typological, technical, and social studies of artefacts.

His research on artefacts continues, using artefacts to explore some of the less tangible aspects of society. In a recent paper in the Oxford Journal of Archaeology, he demonstrated the existence of ancestral artefacts in the post-Roman period, whose existence is revealed through the composition of later artefacts. This provides new evidence for the importance of ancestral materials (Caple 2010).

In 2011 Dr Caple's continuing excavations at Nevern Castle produced a series of slates which formed the threshold to the late 12th century castle. Discovered in situ many of these edge set slates had apotropaic symbols scratched into them. Published in the Archaeological Journal Volume 169, slates bearing similar symbols from Tintagel and Inchmarnock, can now be explained and the lexicon of apotropaic symbols, known primarily from examples cut into the wooden beams of 15th -18th century houses, has been greatly expanded.

Dr Caple, working with the students on the MA in Conservation of Archaeological and Museum Objects course, is continuing to work on the full range of artefacts from the Nevern Castle excavation. Recent work on highly corroded fragments of ironwork and the problems of valuation and identification of such artefacts using film and digital X-radiography has been outlined in a paper published in 2018. Caple C. & Garlick V. Archaeological Surveying at the Artefactual Level:Digital X-Radiography, Journal of the Institute of Conservation vol. 41.

Other artefacts currently being researched include an early medieval iron helmet from Yarm, the metal threads used to manufacture of the 15th -19th century Morton Cope (AHRC supported research by Dr Brooks & Graves) and the Lanchester Diploma, a Roman bronze diploma acquired by Durham University Museum.

Durham research students are also active in researching artefacts, these include

Research into artefacts in the department aided by the SEM, pXRF, EDXRF, FTIR and other resources of Archaeological Artefact Forensic Analysis Centre. 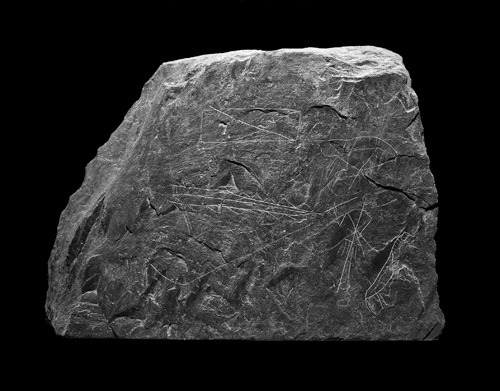