Early complex societies in the Levant

Much of the language employed to discuss social and economic complexity in the Ancient Near East draws upon concepts relevant to the developed urban societies of ancient Mesopotamia. These terms tend, however, to play down the diversity of developmental sequences elsewhere; in areas such as the Levant the timing of, and pathways to, complexity are highly variable. These issues are being explored through a comparison of 4th-3rd millennium BC cultural sequences at sites located in three ‘lowland basin’ settings, of the kind in which complex societies usually develop: Tell esh-Shuna in the north Jordan Valley (Jordan), Tell Nebi Mend in the upper Orontes Valley (Syria) and Tell Koubba on the Mediterranean coast (Lebanon). Analysis of material culture and evidence for the local agricultural economies suggests that not only do developments in the Levant differ from the routes to complexity documented for South and North Mesopotamia, but that the pathways to complexity and the timing of its appearance, were distinct in each of these areas. This aspect of our research activity is located within Landscapes of Complex Society RIG.

The evidence from excavations at Tell esh-Shuna undertaken 1991-94 indicate that North Jordan Valley witnessed a rapid, but relatively short lived, increase in settlement in the late 4th millennium BC, with the site (and others in the area) being abandoned by the mid-3rd millennium.  Settlement expansion is matched by significant changes in the local subsistence economy, the production and distribution of material culture, long-range contacts, and the organization of space within settlements. The project was co-directed by Professor Graham Philip and Prof. Douglas Baird (University of Liverpool) and supported by: The Council for British Research in the Levant, The British Academy, The Society of Antiquaries, The Royal Museums of Scotland, The University of Liverpool, The Ashmolean Museum, Oxford, The British Museum, The Oriental Museum and Durham University and a Marie-Curie Fellowship. 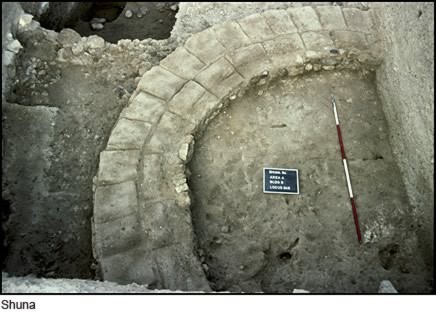 Image above: A circular building under excavation at Tell esh Shuna

Tell Nebi Mend (ancient name Kadesh) is a large multi-period tell site in the Orontes Valley of western Syria. Under the supervision of Professor Graham Philip, who worked at the site in the 1980s, the project aims to bring to publication the results of excavations carried out by a team from University College London, under the directorship of Peter Parr between the 1970s and the early 1990s. Work has been funded by the Council for British Research in the Levant and the CRANE project and a Marie-Curie Fellowship.

Our work is focused upon a 4th-3rd millennium BC sequence excavated in Trench VIII during the 1980s and early 1990s, and reported in preliminary publications as being of “Early Bronze Age” date. The early levels of large long-lived sites are usually buried deep below later deposits and so remain inaccessible; in this case they had been exposed by excavations undertaken in the 1920s.

Alongside the reanalysis of the stratigraphic and ceramic record  work has focused on:

Once all specialist reports are complete, it is planned to publish the material as a volume in the CBRL Monograph series. The evidence from Nebi Mend will provide an invaluable west Syrian case-study to compare with the development of complex societies as documented in better known regions, such as northern Syria and the southern Levant. 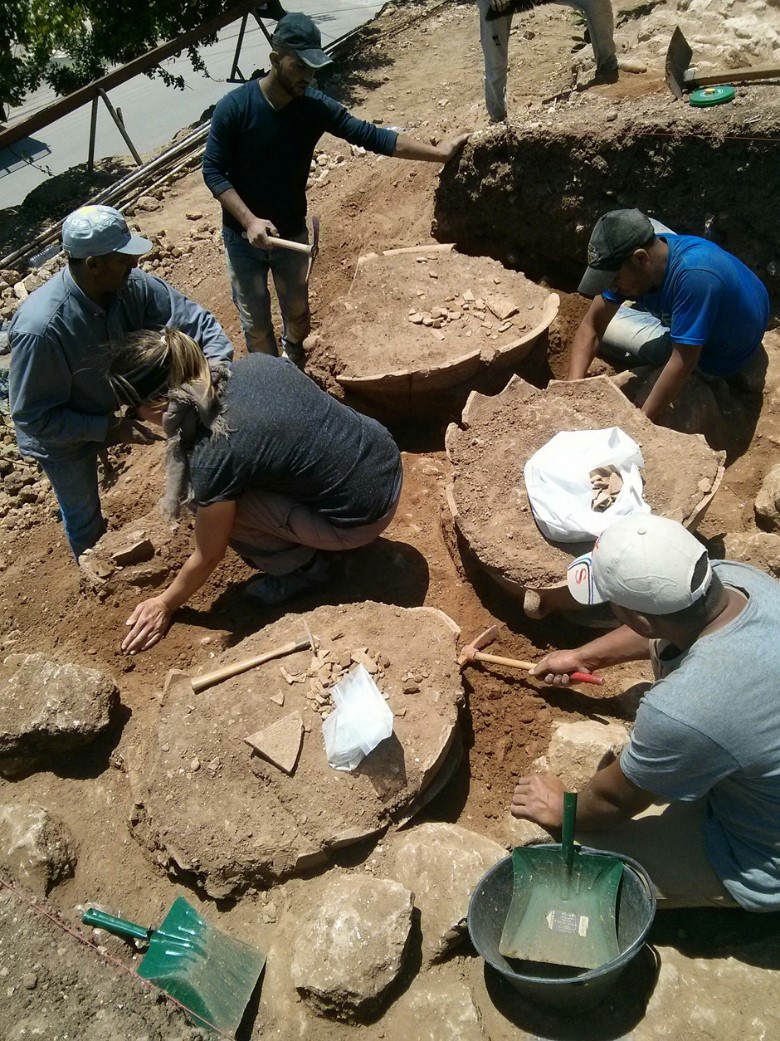 Image above: A group of ceramic vats under excavation at Tell Koubba. These were probably associated with large-scale production of olive oil

Directed by Professor Graham Philip and Professor Hélène Sader (AUB), the project seeks to understand the development of complexity on the Mediterranean littoral. On current evidence, the shift towards complex society appears to happen rather later along the coast, than is the case in both the Orontes and Jordan Valleys. By the 2nd quarter of the 3rd millennium BC, Koubba seems to represent a specialist location for the production of olive oil. The site may have formed one node within a network of primary production centres, that were tributary to a larger regional polity centred upon Byblos, and which was linked to Egypt and the wider Mediterranean world.

Excavations have focused upon two areas, Koubba I, which has produced material dating to the Neolithic and Early Bronze Age II, and Koubba II, a salvage excavation that has produced substantial architecture of EB III date, some of which appears to be connected with large-scale production and storage of liquid products – probably olive oil.

Alongside the analysis of the stratigraphic and ceramic record, work is focusing on: