Reconstructing Lifestyle, Diet and Mobility during the Metal Ages in Italy 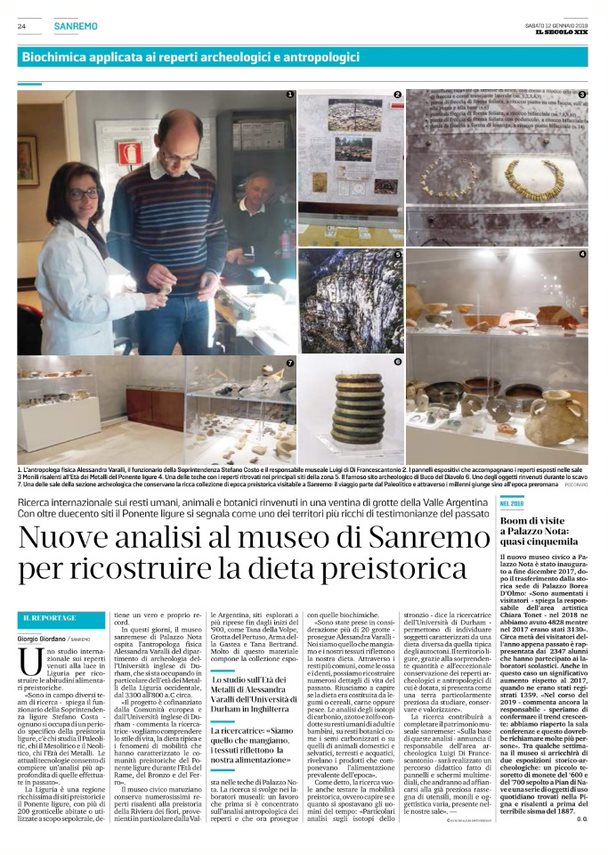 Image above: Article on the project published in the Ligurian newspaper Il Secolo XIX

This project, undertaken by Dr. Alessandra Varalli under the supervision of Prof. Robin Skeates, is using stable isotope analysis to identify, quantify and interpret changes in human dietary habits, subsistence strategies and the environment northwest Italy during later prehistory. This includes work on botanical, zoological and human remains. Our focus in Durham has been on the Copper, Bronze and Early Iron Ages (c. 3600-800 BC) in the Liguria region, which are characterised by major socio-economic transformations, including the development of new and more specialised agricultural practices.

Multi-element stable isotope analysis (C, N, S) on bone collagen was conducted a large sample of 124 humans and 86 animals from 10 cemeteries in western Liguria, dated from Copper Age to the Early Iron Age. Results indicate that the human diet was based on C3 terrestrial foodstuffs. Changes in dietary patterns occurred during the Final Bronze Age/Early Iron Age, when the introduction of new cereals like C4 plants (millets) becomes evident. (This is later compared to eastern Italy, where millets appear during the Early-Middle Bronze Age.) Different dietary patterns have also been identified within some local groups. According to sulphur analysis, this variability does not appear to have been caused by individuals with different places of origin. Instead, it could reflect differential access to certain food resources, linked to the social position of those individuals. It is also possible that the more arid climate recorded for the end of the Final Bronze Age affected the food habits of some individuals.

Stable isotope analysis (C, N, S) was also conducted on well-preserved archaeobotanical samples from four Copper Age to Iron Age sites in Liguria. The plant remains consisted of different cereals (including wheat and barley) and pulses (e.g., bean, lentil, ervil). The data indicate that the cultivated plants were moderately- to well-watered in all periods, and that there was a long-term increase in nitrogen isotopes and hence the use of manuring, but that local farmers also pursued different agricultural strategies at each site. 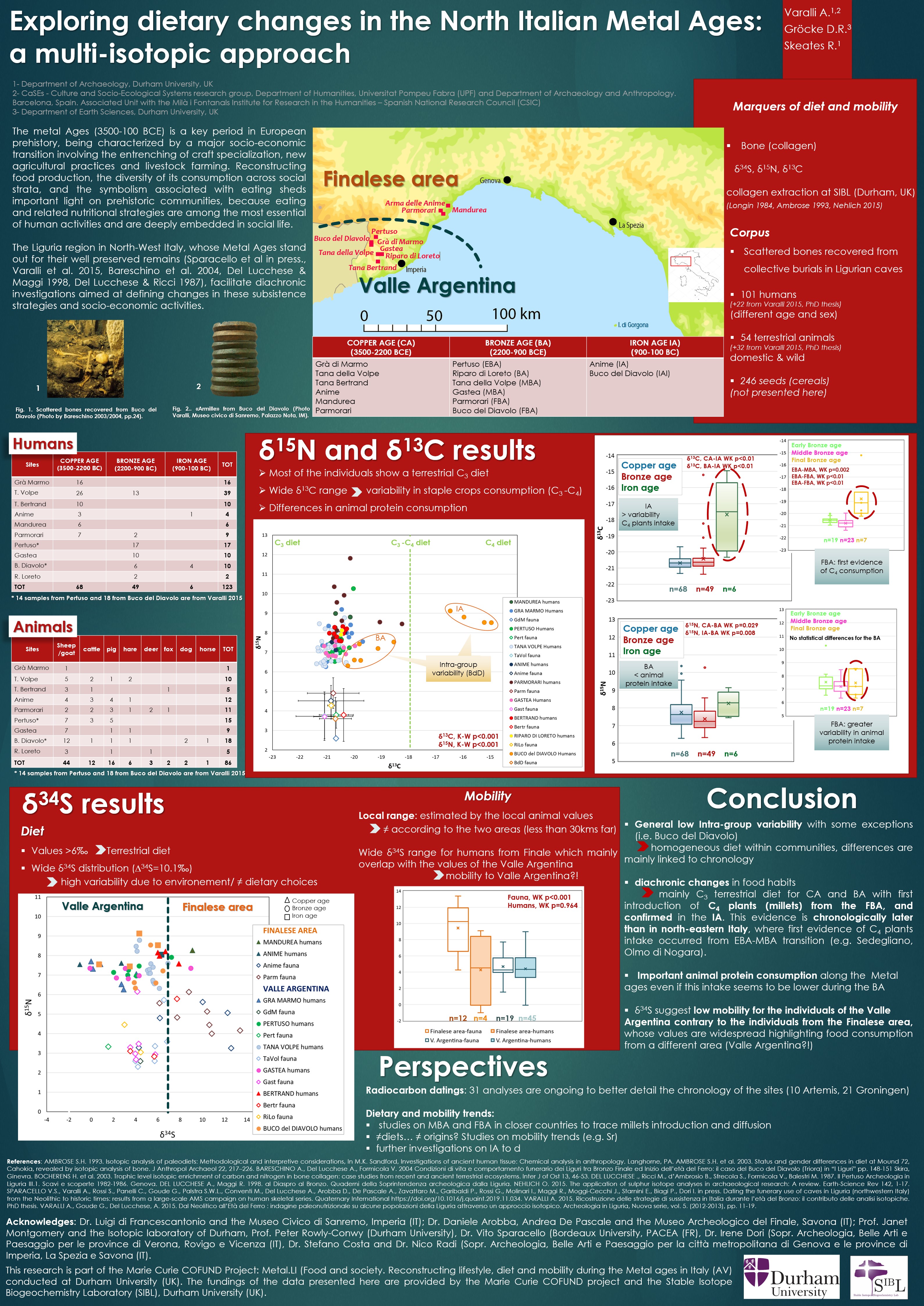 Image above: δ15N and δ13C results for human and faunal samples from Metal Age sites in Liguria