From Foraging to Farming in Northwest Europe

To understand the transition from foraging to farming, using cutting-edge scientific techniques.

This project has been remarkably successful, revealing much about both the final hunter-gatherers, and the first farmers. The hunter-gatherers were not always the small nomadic groups usually envisaged. Blick Mead (just two kilometres from where Stonehenge was later built) was a major settlement. Aurochs (wild cattle) were the most common animal. Isotopic analysis of samples down an aurochs tooth (see Image A below) revealed the diet of this animal at about fortnightly intervals over more than one year. Remarkably, the animal did not migrate. Stable resources like this sometimes enabled hunter-gatherers to achieve large stable population groupings. This has led to a major reconsideration of the relations between resident hunter-gatherers and the first immigrant farmers. Our preconceptions have been based on recent Europeans with guns, encountering hunters with stone-tipped arrows. In prehistory, local hunters had both better technology and better local knowledge than the incoming farmers, and the initial contacts between them were skewed in the hunters’ favour.

Image A above: An Auroch tooth

The earliest farmers lived in small scattered communities. There was little forest clearance, but Carbon isotopes reveal that cattle (the most common animal) grazed exclusively on grass, evidently in very small clearings. This was true both at Coneybury (again near Stonehenge) and sites in Scandinavia. Farming was intensive within the clearings, using ards (scratch ploughs). Nitrogen isotopes from grains show that cereal plots were manured. Oxygen isotopes from cattle teeth show that births were spaced over several months of the year – presumably so that fresh milk was available in winter (dairying was common everywhere). Individual cattle were moved long distances, presumably so the small herds were sufficiently genetically diverse. Most of these traits are present at the Early Neolithic feasting site of Coneybury, where Sulphur isotopes revealed that the cattle came from three different farms. The uniquely high number of roe deer probably indicate that some surviving hunter-gatherers were present as well – the only such evidence so far in Northwestern Europe.

This farming regime is remarkably – and most unexpectedly – sophisticated, each clearing a ‘farming engine’ providing everything needed. This was quite similar to early European farms in North America (see Image B below) This level of sophistication could not be achieved by local hunter-gatherers experimenting with farming. It must indicate the immigration of skilled and experienced farmers from Central Europe. This puts into context the latest aDNA findings from human bones. aDNA in pig bones agrees: the earliest domestic pigs were imported ultimately from the Near East. Only later was there a near-complete genomic turnover as European wild boar were locally domesticated. 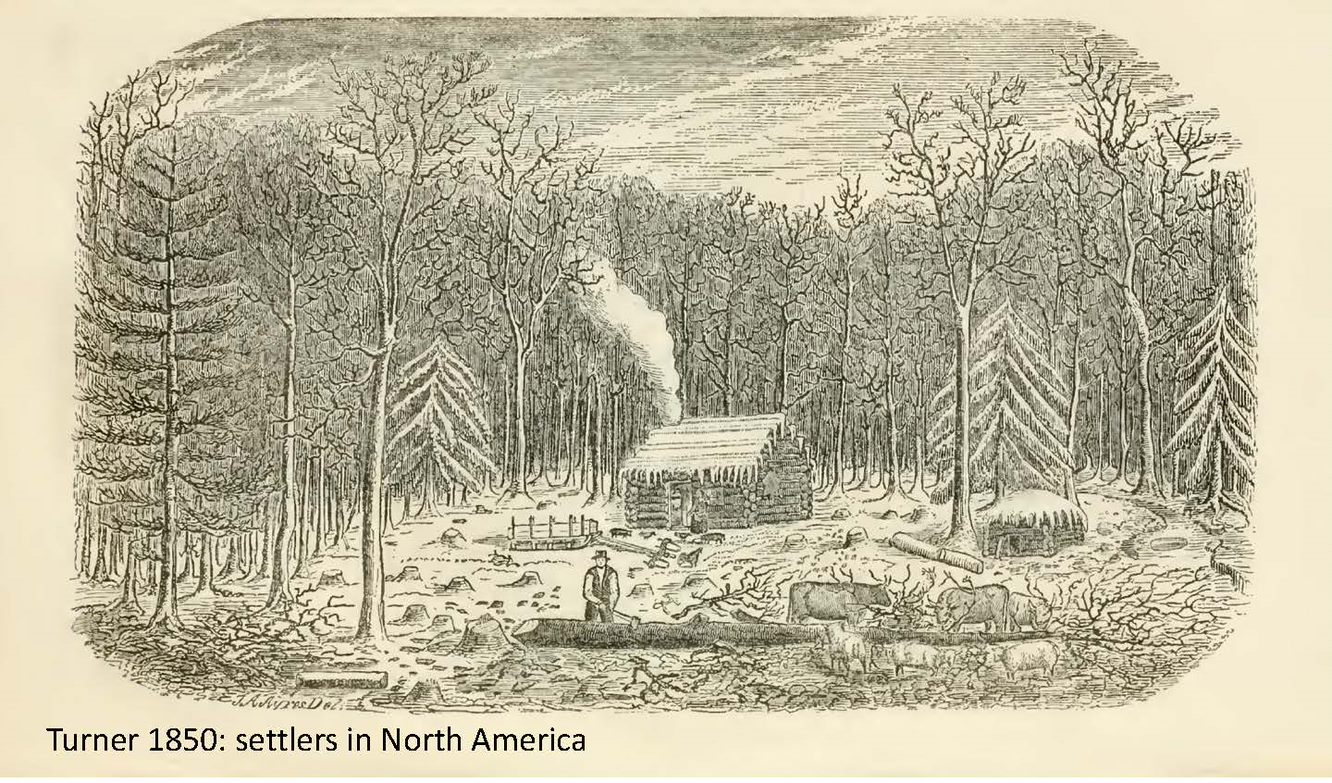 Image B above: Early Euorpean farm in North America

We organised a major session at the 2017 EAA conference in Maastrich, resulting in the recent publication of a landmark volume covering early agriculture all across Europe.

An unexpected spin-off was the development of a method enabling the sex determination of humans from enamel peptides in teeth. The Leverhulme Trust allowed us to redeploy £500 towards this, resulting in an important publication in collaboration with the University of Brighton.