The search for the heart of Anglo-Saxon Northumbria

Holy Island is of great significance to the history and archaeology of early medieval Europe. An important monastic foundation, it had close connections with St Columba’s great monastery of Iona in Western Scotland. Following the death of its abbot, Cuthbert, the monastery became an important cult centre and his relics were translated in AD698, an event which may have been the stimulus for the production of the Lindisfarne Gospels. It was one of the first monasteries in Britain to be subject to Viking raids in the late 8th century. The increasing regularity of these raids culminated in the community leaving the island and after a series of interim resting places, finally re-establishing itself in Durham cathedral.

A campaign of investigation on the island took place in the 1980s, but despite the importance of the monastery, there has been relatively little recent archaeological research. Whilst, the earlier investigations revealed important information about early medieval activity elsewhere on the island (particularly the agricultural settlement at Green Shiel), it was less forthcoming about the topography of the early monastery. To this end, a major 20ha geophysical survey funded by National Geographic was carried out by Durham University in September 2012. This has shown that there is limited archaeological evidence for the monastic boundary that had previously been postulated, but an alternative boundary has been identified, which is associated with an area of possible industrial activity. It also identified a probably infirmary cloister associated with the later priory and a possible structure aligned on the two standing churches.

Since 2016, Dr David Petts has been collaborating with DigVentures on what will be a ten-year research project. The focus of the project is excavation in an area to the east of the later medieval monastic site. So far, these trenches have revealed evidence for a range of early medieval activities, including a cemetery, a metal-working area, and deposits of animal bone. These have been radiocarbon dated to the 8th-11th century AD. The skeletal remains from the cemetery include adults, children and babies, indicating that it was used as a burial area for the wider community, as well as just monks. Fragments of early sculpture from this area has even provided us with the names of some of those buried here. Other discoveries include increasing quantities of early medieval coinage, evidence for extensive exploitation of maritime resources (fish, birds, seals, whale), as well as a decorated glass gaming piece.

Work has also been undertaken in elsewhere in the village revealing evidence that the later medieval village retracted in size at around the time of the Dissolution of the Priory in the mid-16th century. Further work is on-going to better understand the wider landscape history of the island, and there are plans for excavation elsewhere on the Island. 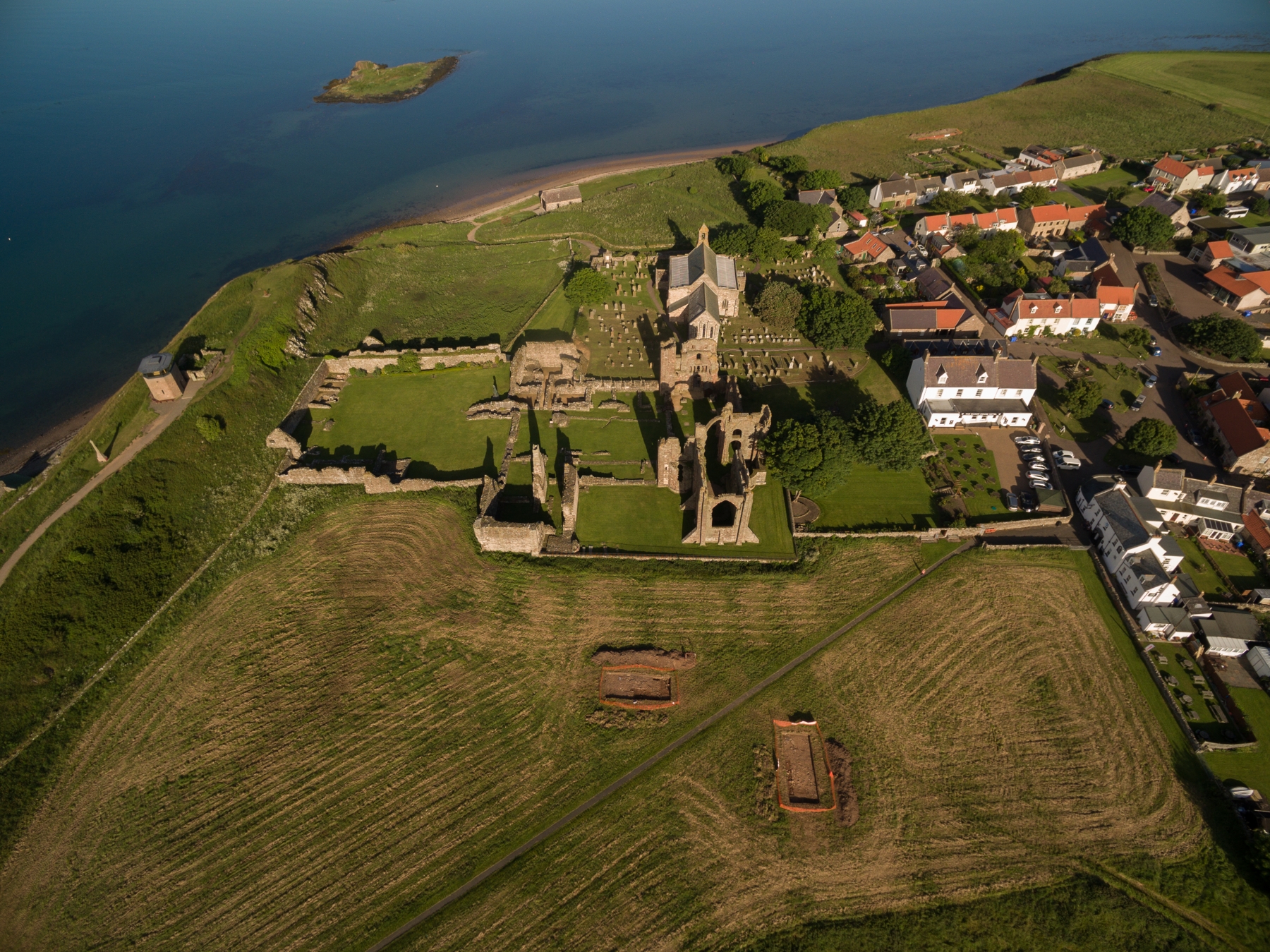