To write a synthetic book to update the available published literature on Roman London, which was the largest and most important urban centre in Roman Britain.

This book brings together the many new discoveries of the last generation and provides a detailed overview of the city from before its foundation in the first century to the fifth century AD. It explores the archaeological and historical evidence for London under the Romans, assessing the city in the context of its province and the wider empire. The multiple functions of Londinium over time are addressed, considering economy, industry, trade, status and urban infrastructure, but also looking at how power, status, gender and identity are reflected through the materiality of the terrain and waterscape of the evolving city. A particular focus of the book is the ritual and religious context in which these activities occurred. The book looks at how places within the developing urban landscape were inherited and considers how the history and meanings of Londinium built upon earlier associations from its recent and ancient past.

This book was quoted as an example of a ‘new generation of major synthetic surveys’ alongside several other major recent projects by Dr Steve Trow, Director of Research at English Heritage (S. Trow, 2018 ‘Archaeology and the State We’re In: Defining a Role for Historic England in the Archaeological Practice of the Twenty-First Century’, The Historic Environment: Policy and Practice, 2018, 13)

Acknowledgments and selected comments from reviews 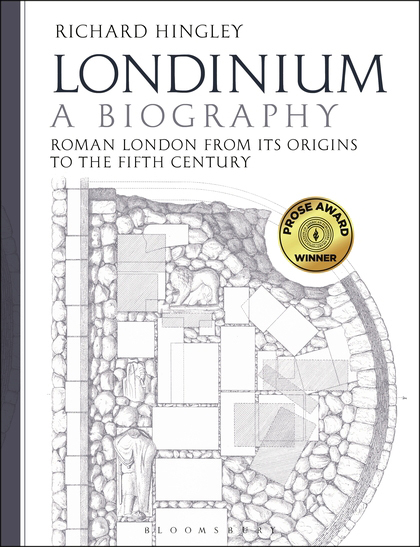