This project aims to map the evidence for Christianity in Western Normandy to develop a better understanding of the development of the Church in this region. It will integrate existing archaeological data with architectural survey of the evidence for Romanesque and pre-Romanesque architecture of the region. Although Christianity first arrived in this area during the Roman period, the area was strongly influenced by missionary activity from Brittany and Ireland. From the ninth century AD the area saw considerable political disruption following Viking raiding and settlement along its northern and western coast, and it is often thought that the church collapsed in the face of this onslaught.

This project aims to question the extent to which the early church really did disappear. The politically peripheral nature of this area and the impact of Vikings mean that documentary evidence for the region before the twelfth century is sparse and consists mainly of sources from outside the area. Any attempt to reconstruct the nature and development of the early church thus has to be able to fully integrate the archaeological and architectural evidence. A small number of early (pre-eleventh century) Christian sites are known, and a series of Christian Merovingian cemeteries are recorded in the antiquarian literature. By a combination of desk-based research and fieldwork this project is mapping the evidence for the early church in the Cotentin, allowing the study of the development of the religious life in the region to move beyond the limitations of the documentary evidence.

This research is funded by grants from: 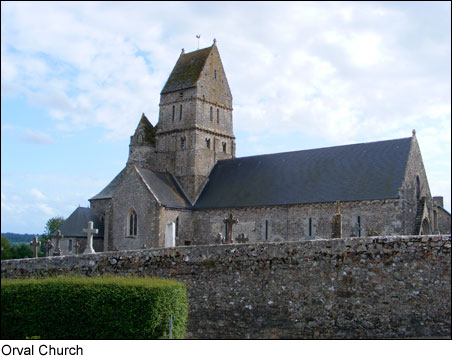