This project page covers four different projects conducted in the UK since 1990 which focus on the archaeology of later medieval Britain (c.1066-1550 AD). It draws together various steams of research and their key outputs.

The Oxford Handbook of Later Medieval Archaeology in Britain

The Oxford Handbook, edited by Chris Gerrard and Alejandra Gutiérrez, was published in 2018. It provides an overview of the contribution of archaeology to our developing understanding of the later Middle Ages in Britain between 1066 and c.1550. In all there are 60 entries, divided into 10 thematic parts. There are summaries of research from excavation, artefact studies, building recording and environmental archaeology and we outline the current challenges of research, including the latest methodological and theoretical developments. Among the new directions highlighted are topics such as elite landscapes, the medieval senses, the medieval body, and hazard and risk. At a time when Later Medieval Archaeology is becoming more interpretative, we hope that the Handbook will be a marker of the achievements and maturity of the subject and act as a point of departure for future scholarship. 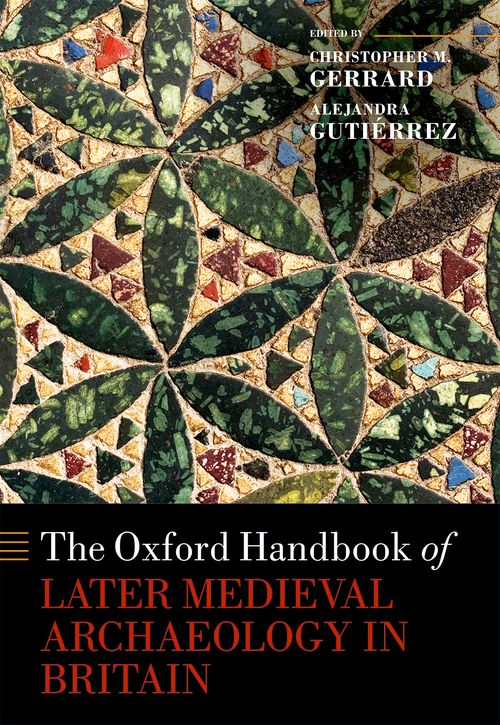 The Shapwick Project was an intensive dissection of a community and its landscape; a study of the archaeology, history and topography of a single parish in Somerset. Co-directed by Professor Chris Gerrard with Professor Mick Aston, the fieldwork took place 1989-99, with specialist reports and writing up continuing until 2005. The Project was established specifically to the formation and development of nucleated settlements between the 8th and the 13th centuries; one of the most intriguing puzzles in the English landscape. Simply put, how and when did the rural settlements we see today come into existence in the first place? Later the project extended more widely to trace the prehistoric and Roman ‘underlay’ and post-medieval archaeology and attempted a series of detailed reconstructions of Shapwick right through to the present day. Our focus became the ‘experience’ of an English village community over the past 1,000 years and how it has changed, from dwellings and gardens to pottery, dress accessories and food on the table. The results are published in two volumes in 2007 and 2013 (see below), as well as in numerous articles.

The Shapwick Project proved to be significant in several ways. First, for the variety of sources it employed, including historical documentation, cartographic sources, standing buildings, archaeology and the historical ecology of hedgerows and woodland, together with the results of excavation and small finds study. Our approach might broadly be called ‘landscape archaeology’ because we aimed to look beyond the single archaeological monument or any particular excavation to consider the wider geography and a greater chronological depth. Second, for the intensity of the work. We put Shapwick under the microscope to create an in-depth portrait of a specific geographical area and its community; few European communities have been subjected to attention at quite this level of detail. Third, because during the Middle Ages Shapwick was part of the very considerable estate of the Benedictine abbey at Glastonbury, we took the opportunity to examine in detail how one part of a monastic estate functioned. Finally, and somewhat unusually for an academic project at that time, we actively invited involvement and aimed to provide a place for anyone who wished to participate. These were the early days of what is now a significant movement in community archaeology. 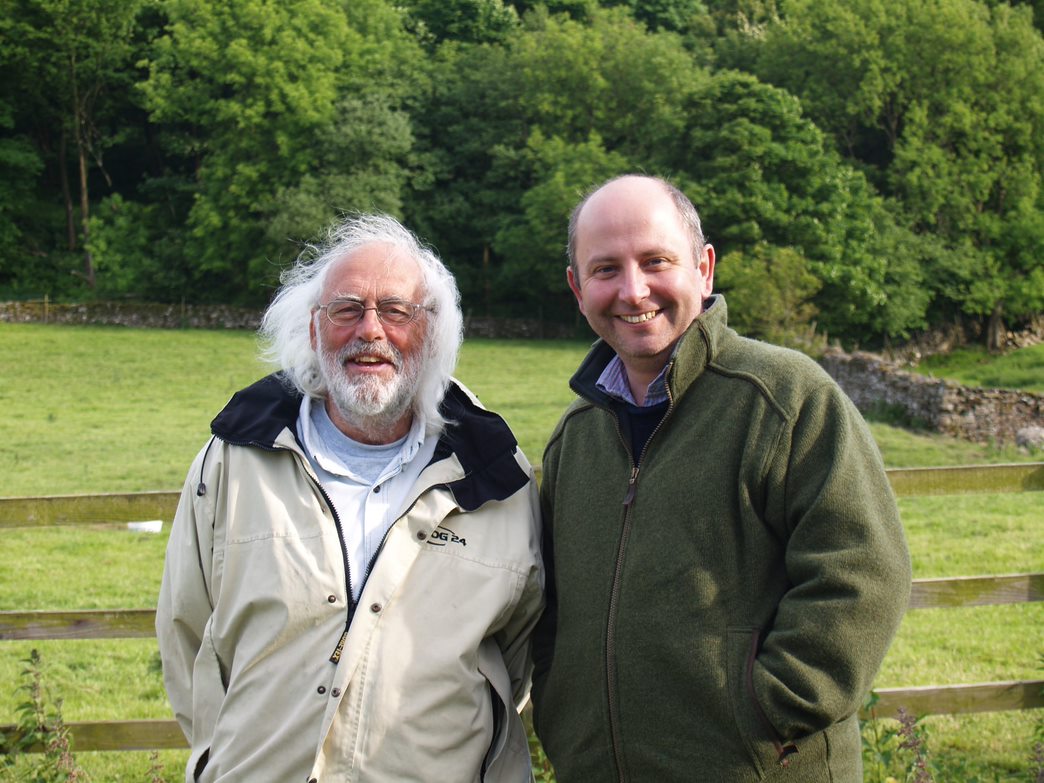 This project drew together the results of a landmark excavation directed by Lawrence Butler some 50 years ago.The village of Faxton in Northamptonshire was only finally deserted in the second half of the 20th century. Shortly afterwards, between 1966 and 1968, its medieval crofts were investigated under the direction of archaeologist Lawrence Butler. At the time this was one of the most ambitious excavations of a deserted medieval settlement to have been conducted and, although the results were only published as interim reports and summaries, Butler’s observations at Faxton were to have significant influence on the growing academic and popular literature about village origins and desertion and the nature of medieval peasant crofts and buildings. In contrast to regions with abundant building stone, Faxton revealed archaeological evidence of a long tradition of earthen architecture in which so-called ‘mud walling’ was successfully combined with other structural materials.

The ‘rescue’ excavations at Faxton were originally promoted by the Deserted Medieval Village Research Group and funded by the Ministry of Public Buildings and Works after the extensive earthworks at the site came under threat from agriculture. Three areas were excavated covering seven crofts. In 1966 Croft 29 at the south-east corner of the village green revealed a single croft in detail with its barns, yards and corn driers, in 1967 four crofts were examined together in the north-west corner of the village in an area badly damaged by recent ploughing and, finally, an area immediately east of the church was opened up in 1968. In all, some 4000m2 were investigated in 140 days over three seasons.

The post-excavation process for Faxton was beset by delay. Of the 12 chapters presented in the monograph (see below), only two were substantially complete at the time of the director’s death in 2014. The others have had to be pieced together from interim summaries, partial manuscripts, sound recordings, hanwritten notes and on-site records. Building upon this evidence, a new team of scholars, co-ordinated by Chris Gerrard, have re-considered the findings in order to set the excavations at Faxton into the wider context of modern research. Their texts reflect on the settlement’s disputed pre-Conquest origins, probable later re-planning and expansion, the reasons behind the decline and abandonment of the village, the extraordinary story behind the destruction of its church, the development of the open fields and the enclosure process, as well as new evidence about Faxton’s buildings and the finds discovered there. Once lauded, then forgotten, the evidence at Faxton now make a new contribution to our knowledge of medieval life and landscape in the East Midlands. 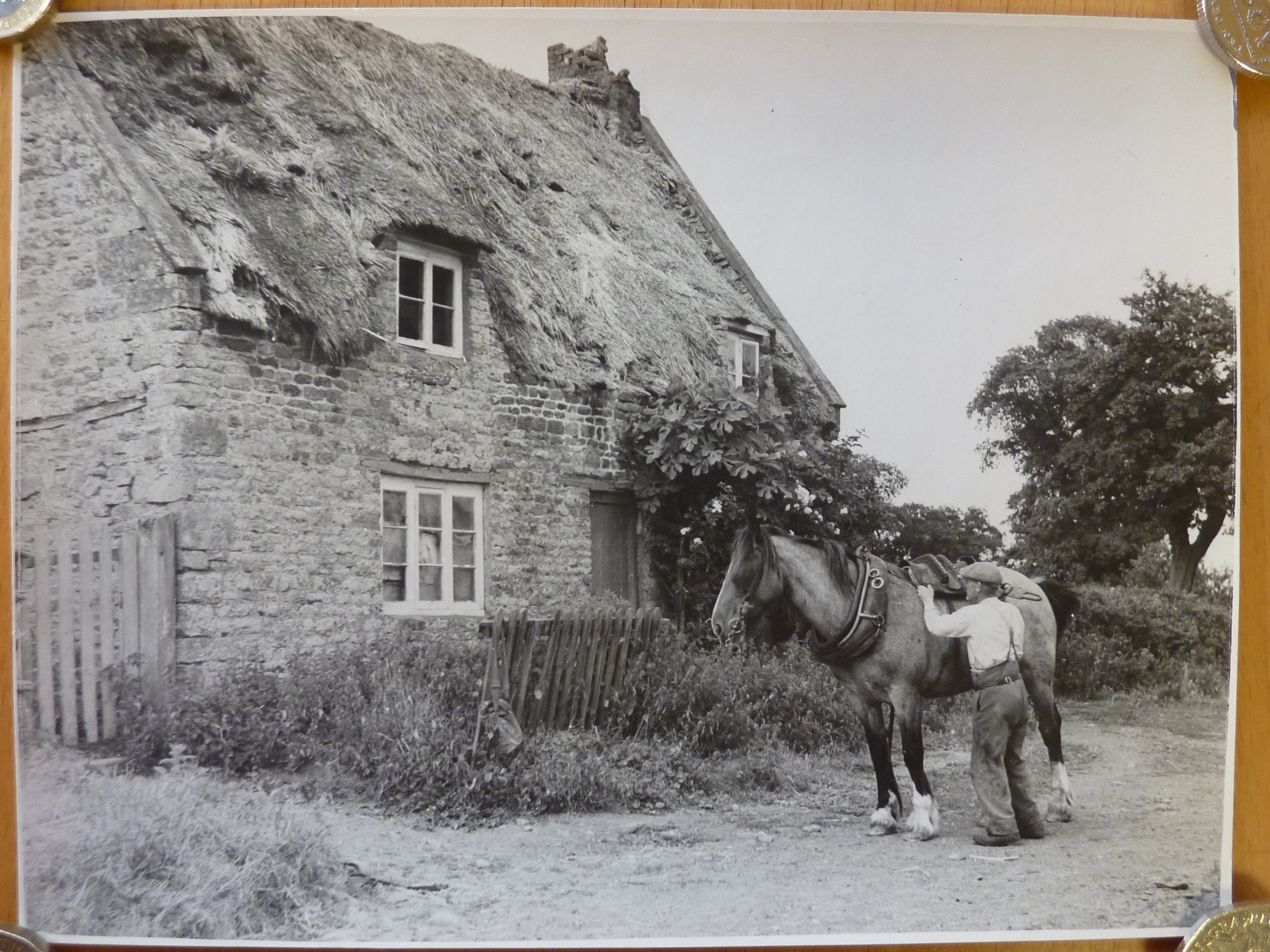 Image above: One of the many lost buildings at Faxton investigated in the Society for Medieval Archaeology monograph published in 2020. Image from the Northampton Archives

This project, co-directed by Professor Chris Gerrard with Professor Tom Beaumont James (formerly University of Winchester), examines Clarendon Park’s long archaeological and architectural history from early prehistory through to the present day. During the medieval period Clarendon developed from a hunting box into the grandest western royal residence in England, an expression of ultimate power in which kings enjoyed privacy in a managed, sparsely occupied landscape in which family and guests could indulge their passion for hunting. This was country retreat of the kings and queens of England; a place for business of government, to enjoy the pleasures of the largest private park in the kingdom. This is far more than a hunting park, nor it is merely a deer park. With its timber and its coppicing, it is also an economic unit, a carefully controlled, compartmentalised and managed landscape, a grand setting with a high-status residence at its heart.

The Clarendon publication – ‘Clarendon. Landscape of Kings’ – details the archaeological results from the investigation of spoil heaps generated during the 1933-39 campaigns directed by Tancred Borenius and John Charlton. From the summer of 1934, Borenius and Charlton made use of workmen registered on an ‘unemployment relief scheme’ – about 80 men worked for 4 weeks in a camp organised by the Universities Council for Unemployed Camps. The Christie Miller family provided camp facilities at Alderbury, and the family was involved in selecting the men who excavated on the site – mostly Welsh miners who were mixed with volunteer students from King’s College, London. The results are important for our understanding of a royal house and the way it functioned during Middle Ages, not to mention its subsequent decline. 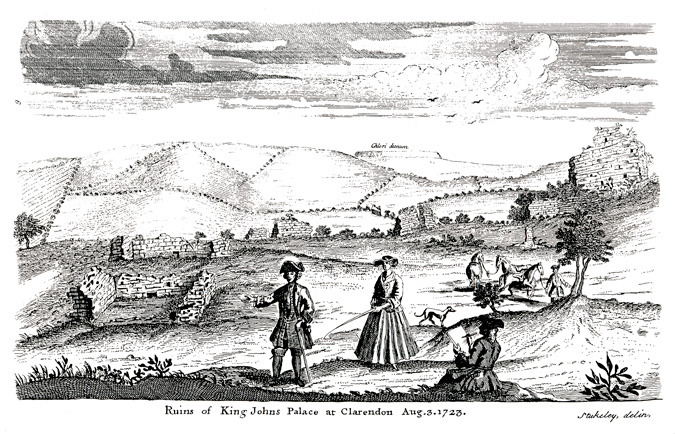