Dr Pam Graves has been writing specialist reports on excavated medieval window glass since 1984. The study of archaeologically-retrieved window glass is in many ways distinct from the study of window glass still in-situ in buildings, as it requires not only recognition of fragmented motifs, date and style, and iconography where possible, but also consideration of the excavated spatial patterning, physical processes of destruction, selection, and deposition, within varying archaeological contexts. Undergraduates and postgraduates have been encouraged to work on medieval glass assemblages at Durham, most recently Cat Moore’s work on the glass from Newcastle Blackfriars (unpub. 2013). Dr Emma Wells was a regular contributor to Vidimus, the only on-line magazine devoted to medieval stained glass, whilst completing her PhD at Durham. Some major published projects have been completed at Durham, including the high and late medieval glass from Glastonbury Abbey (in Gilchrist, R and Allum, C 2015, Glastonbury Abbey Excavations 1904-79, London, Society of Antiquaries of London).

Dr Graves is especially interested in the treatment of window glass at the Dissolution of the Monasteries, as discussed in “Mammon, Dagon, reclamation and excavation: the treatment and dispersal of monastic window glass after the Dissolution”, a paper given at “Lost Luster. Innovative interdisciplinary research on archaeological window glass in North Western Europe (10th – 18th centuries)”, the 6th International Colloquium at Ten Duinen Museum, Koksijde, Belgium in October 2013. 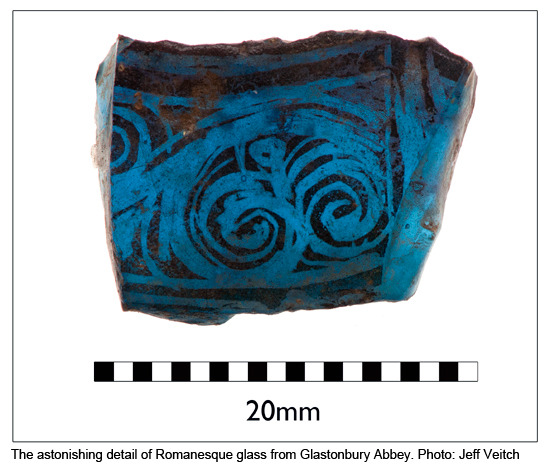