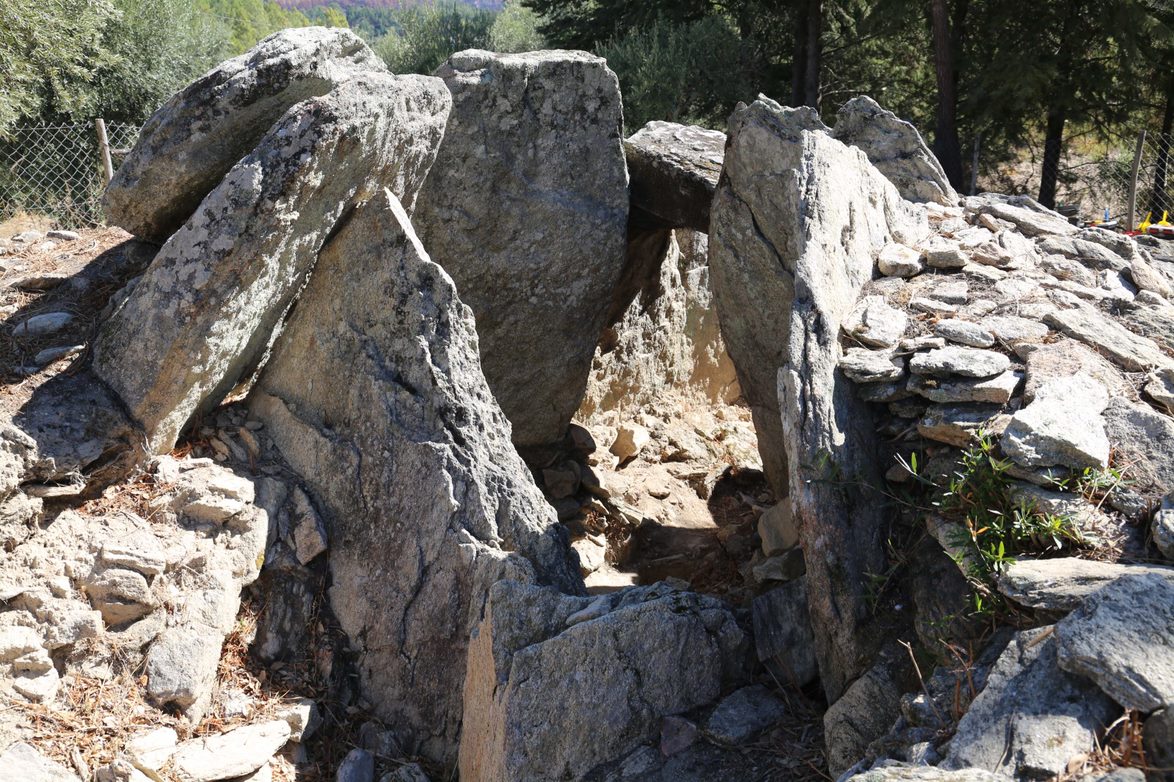 Potential connections between megalithic monumentality in different sectors of the Atlantic façade have long been proposed, not least between the key regions of Brittany and western Iberia (Scarre 2018; Callaghan & Scarre 2017. Following earlier work in western France, excavations led by Chris Scarre (Durham) and Portuguese colleagues were conducted at three sites in central Portugal from 2006 to 2018: the Anta de Lajinha (2006-8), Cabeço dos Pendentes (2007 & 2015), and Anta 1 de Vale da Laje (2017-18). All three sites are situated in areas of igneous and metamorphic geology (granite, schist, gneiss, greywacke) where human skeletal remains are rarely preserved. Establishing an absolute chronology has consequently proved problematic  –  not only for this specific group of sites, but for megalithic funerary monuments in western Iberia as a whole. For Lajinha, OSL dating by the Centro de Ciências e Tecnologias Nucleares at the Instituto Superior Técnico, University of Lisbon, indicates construction within the first half, and possibly within the first quarter, of the 4th millennium BC. That would place it among the oldest of the megalithic tombs in this region of Portugal, although consistent with charcoal-based C14 dates for early sites of similar morphology in Galicia. 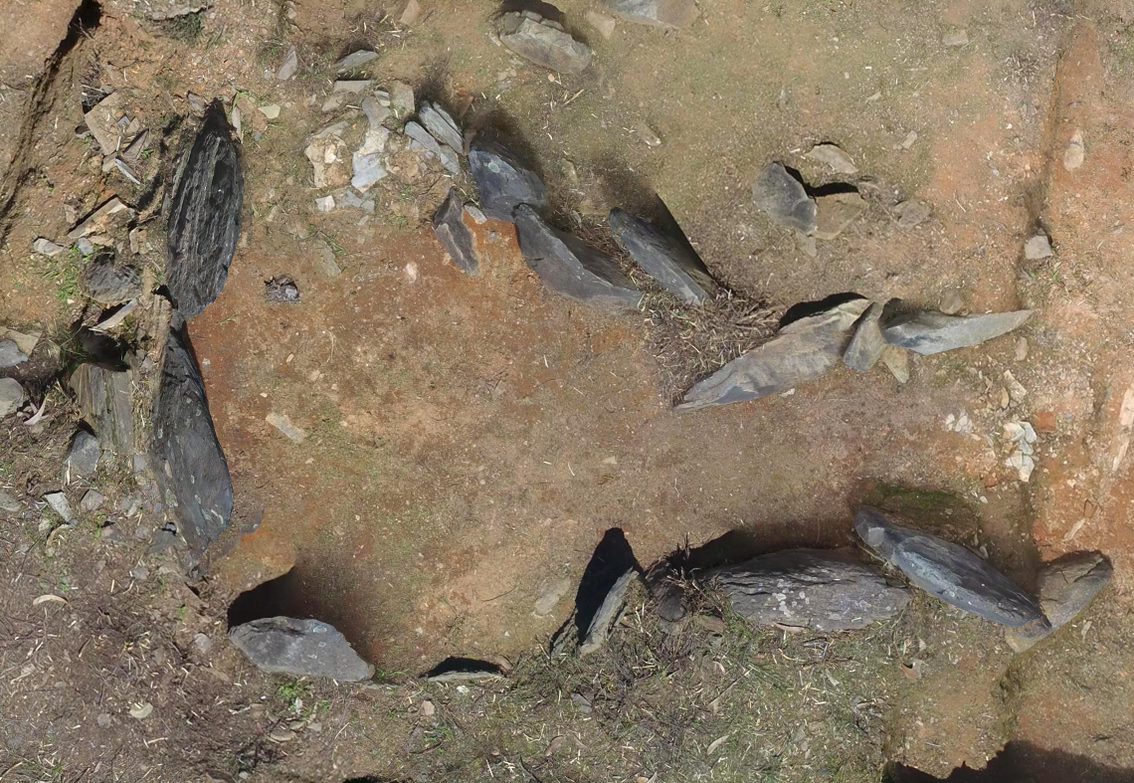 AMS dating of megalithic tombs in the Lisbon area, where human skeletal remains are preserved, has by contrast suggested that the earliest megalithic chambered tombs in this region were constructed no earlier than the second quarter of the 4th millennium BC. To investigate that slightly later chronology, a new series of AMS dates has recently been obtained for material from earlier excavations at three sites (Pedras Grandes, Carrascal and Carcavelos). The dates from Carcavelos fall in the first half of the 3rd millennium BC, and may relate to reuse of the tomb at that period; those from Carrascal and Pedras Grandes confirm an initial period of use in the third quarter of the 4th millennium BC. 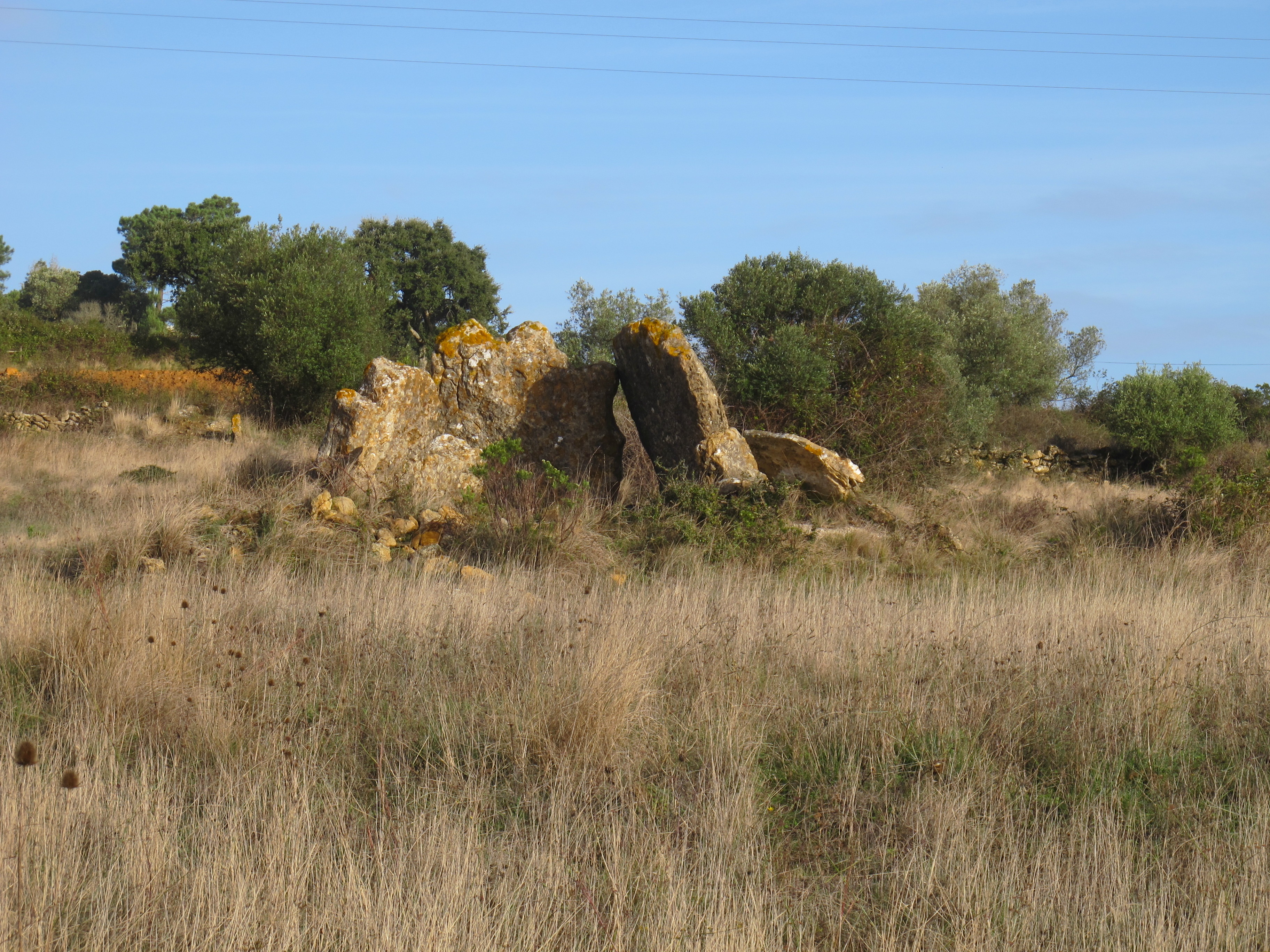 Image above: Image above: the megalithic tomb of Carcavelos, near Lisbon, Portugal (photo: Chris Scarre)

Fieldwork at the Anta da Lajinha, Cabeço does Pendentes and Anta 1 de Vale da Laje was conducted in collaboration with Professor Luiz Oosterbeek of the Instituto Politécnico de Tomar and the Museu de Arte Pré-Histórico e do Sagrado no Vale do Tejo at Mação. The initial phase of excavation (2006-8) was supported by British Academy Larger Research Grant 42469 ‘Megalithic Monuments and Landscapes of the Upper Tagus Valley, Portugal’. The radiocarbon dating of skeletal material from megalithic tombs in the Lisbon region was undertaken in collaboration with the late Rui Boaventura, and carried forward with support from Ana Maria Gama da Silva of the Laboratory of Prehistory in the Department of Life Sciences, University of Coimbra. The new dates from Pedras Grandes, Carrascal and Carcavelos were provided by the Oxford Radiocarbon Accelerator Unit through NERC award NF/2015/1/1.