The Roman conquest of Italy is often seen to have brought about an urban revolution, with colonial foundations and new autonomous centres spreading Roman culture and underpinning Roman control of the peninsula. However, studies of this phenomenon have traditionally been divided between different specialists: archaeologists, historians and epigraphers; as well specialists in particular cultures: Etruscan, Latin and Greek archaeology; as well as wider regional traditions of study. The ROMURBITAL project brought Dr. Jamie Sewell to Durham to conduct a detailed review of the archaeological literature on urban centres of the Republican period and to build a systematic database to facilitate analysis of Rome’s impact on the urban structure of the Italian peninsula.

The project identified almost 600 sites in the archaeological literature. Information about each of the sites was coded using a thesaurus of standardised terms. To avoid pre-empting the questions about urban definition that the project sought to address, these sites were labelled ‘higher-order settlements’. They comprise a wide variety of sites types, from Greek, Latin and citizen colonies to municipia and ‘hillforts’. Analysis of the database allowed new peninsula-wide patterns to be systematically mapped and assessed. The results show, for example, a notable increase in urban activity during the second half of the fourth century BC in most regions of Italy, even though Roman conquest affected only some of these areas. Identifying patterns such as these allows us to begin to separate settlement processes from historical events and to incorporate broader socio-economic processes, such as rural settlement dispersal. Themes such as these were investigated as part of a session, co-organised by Jamie Sewell at the Roman Archaeology Conference in Reading (2015) called ‘New Synergies? The Impact of the Roman Conquest of Italy on Settlement and Society’ and in various publications. The full project database is available via the Archaeology Data Service. 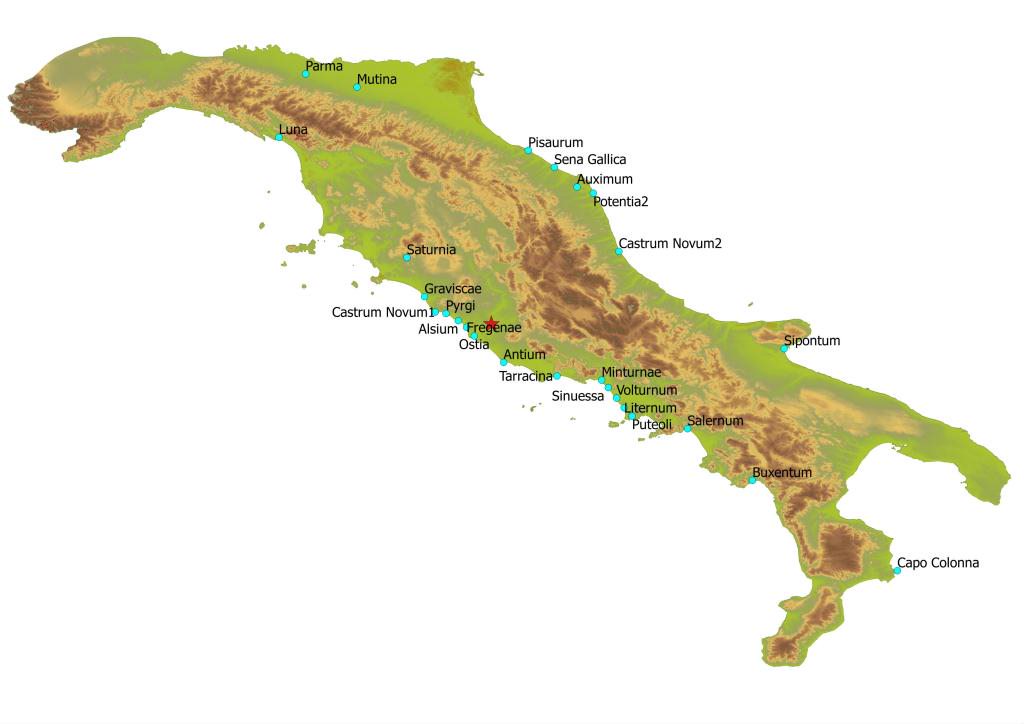