To see how farming spread into the West Mediterranean.

This opportunistic project arose as the result of the conversion of Arene Candide cave (Liguria, NW Italy) into a ‘show cave’ for tourists to visit. Arene Candide contains probably the best prehistoric sequence in the West Mediterranean, and the conversion work necessitated the excavation of a large quantity of Early Neolithic material. This was excavated to the highest standards, allowing unparalleled archaeological results.

The earliest farmers first occupied a series of favourable areas along the coast – in between which hunter-gatherers survived for up to several centuries. Often the farmers occupied areas that had no hunter-gatherers beforehand. This suggests that the farmers were immigrants, not local hunter-gatherers adopting farming. The coastal distribution suggests colonisation by seafarers in boats. Boats were certainly available – Corsica, Sardinia and other offshore islands were all settled at the same time. The animal bones support this. Sheep/goat bones were the most common, and detailed analysis reveals that only sheep were present – there were no goats. Goats do not tolerate wetting as well as sheep, so long-distance transport in canoes would certainly favour sheep. Cattle were also imported, but the pigs were probably wild.

Preservation was spectacularly good. A real zooarchaeological bonus is that the earliest farmers kept dogs out of the cave – no bones show traces of dog gnawing. The animal bones showed why: the inner part of the cave was used as a lambing pen. Inside the cave, (see Image A bellow) people lived near the entrance. Further in, behind the rock pillar, there were numerous bones of newborn lambs (see image B below). Normally these soft bones are eaten by dogs and few survive. The lambs were probably killed so the ewes’ milk was available for people to consume. In the same area were numerous naturally shed sheep milk teeth. These are shed when the sheep are about two years of age, i.e. just as the ewes give birth to their first lambs. Arene Candide thus provides one of the earliest zooarchaeological demonstrations of the use of sheeps’ milk by farmers – agreeing with results obtained from lipids in ceramics. It also provides probably the earliest example of a definite lambing pen. 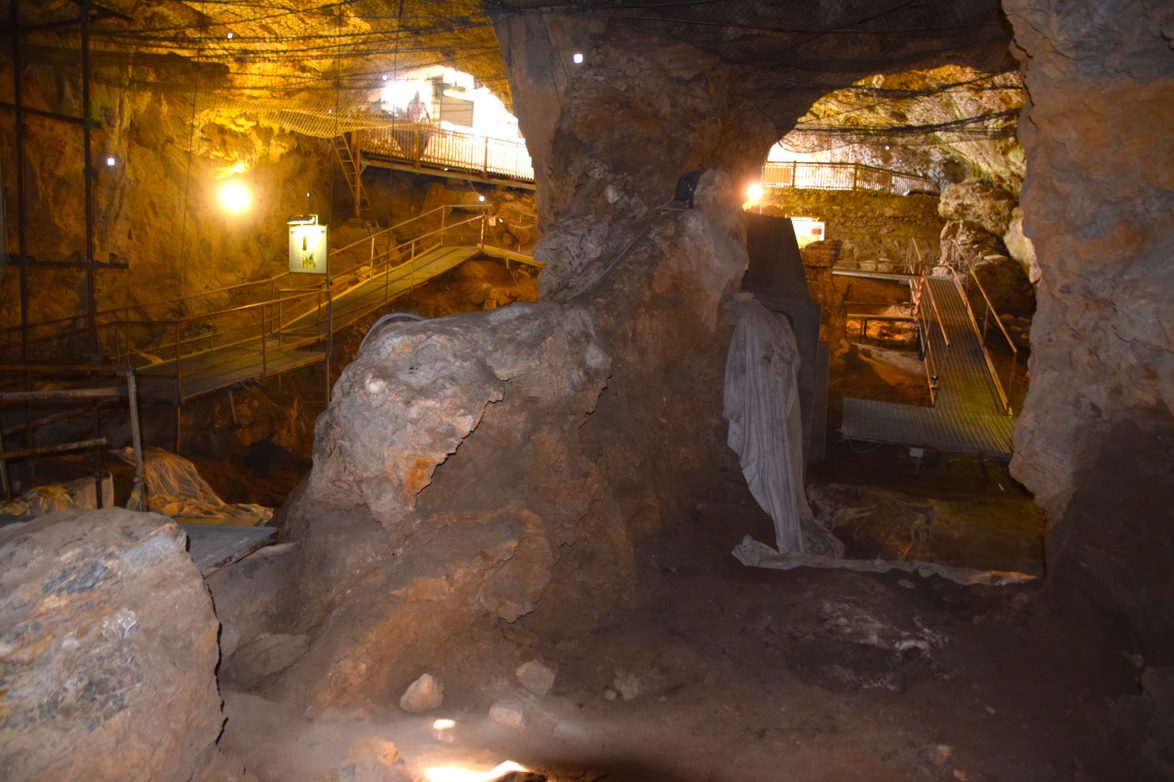 Image A above: Cave occupied by the earliest farmers 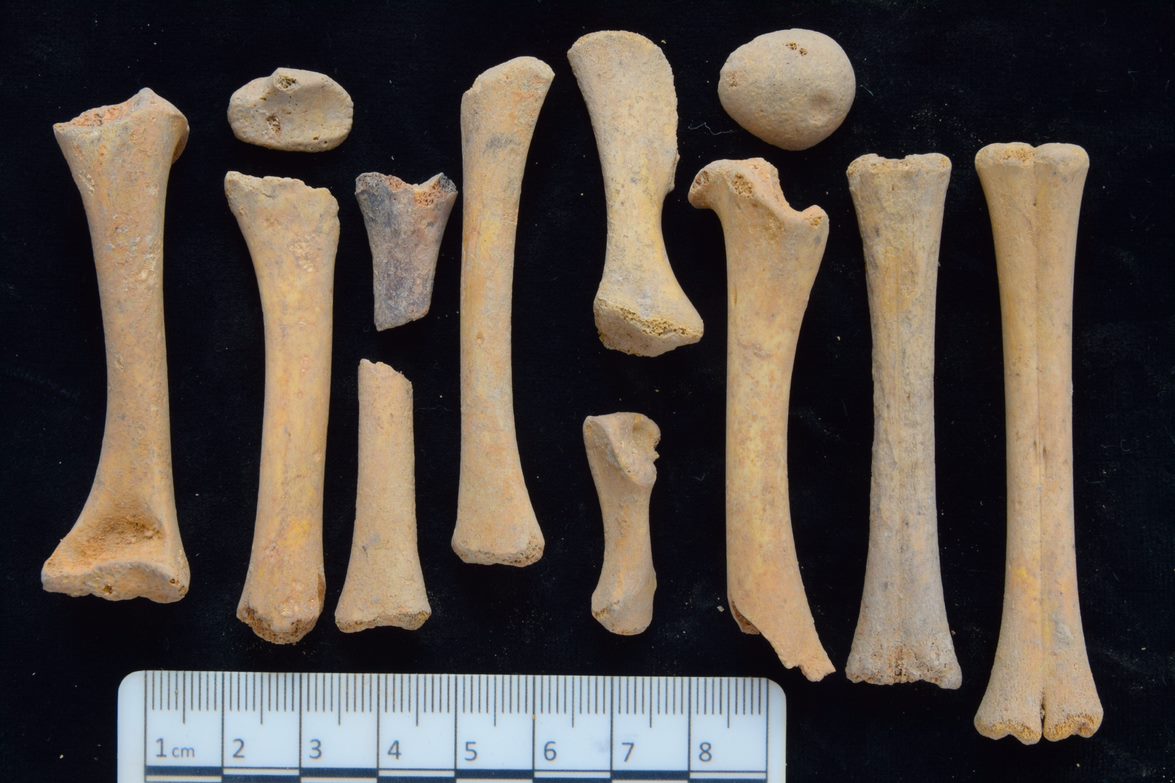 Image B above: Lamb bones

Arene Candide has transformed our understanding of the appearance of agriculture in the region. Liguria is a narrow coastal region surrounded by high mountains, not occupied by farmers until later. Probably Liguria should be considered as an early agricultural ‘island’ similar to Corsica and Sardinia. Incremental analysis of isotopes in the sheep teeth show that there was a complex sheep herding regime, with some animals being moved inland seasonally, while others stayed nearer the cave.