Climate, Landscape, Settlement and Society: Exploring Human-Environment Interaction in the Ancient Near East

The CLaSS project, funded by an ERC Starting Grant awarded to Dr Dan Lawrence, investigates the relationship between climate fluctuations and the emergence of complex social and political formations over the last 8000 years. It is associated with the Landscapes of Complex Societies Research and Impact Group and is a collaboration between Durham University, the Institute of Archaeological Science at Eberhard Karls Universitaet Tuebingen (lead for archaeobotanical data) and the Institute for Climate and Atmospheric Sciences at the University of Leeds (lead for climate modelling).

The project focusses on the area known as the Fertile Crescent which encompasses parts of modern day Lebanon, Turkey, Syria, Iraq and Iran. Over the course of the period this area saw the emergence of cities, states and empires. Climate fluctuations are generally considered to be a significant factor in these changes because in pre-industrial societies they directly relate to food production and security. In the short term, ‘collapse’ events brought about by extreme weather changes such as droughts have been blamed for declines in population, social complexity and political systems. More broadly, the relationships between environment, settlement and surplus drive most models for the development of urbanism and hierarchical political systems.

Studies seeking to correlate social and climatic changes in the past tend either to focus on highly localised analyses of specific sites and surveys or to take a more synthetic overview at much larger, even continental, scales. The CLaSS project takes a ground breaking hybrid approach using archaeological data science (or ‘big data’) to construct detailed, empirical datasets at unprecedented scales. Archaeological settlement data and archaeobotanical data (plant and tree remains) will be collated for the entire Fertile Crescent and combined with climate simulations derived from General Circulation Models using cutting edge techniques. The resulting datasets will represent the largest of their kind ever compiled, covering the period between 8000BP and 2000BP and an area of 600,000km2. Much of this data will be made available for public download to provide a baseline dataset for future research in this region. The project builds on archaeobotanical datasets compiled by Dr Simone Riehl and colleagues (ADEMNES).

Collecting data at this scale means we can compare population densities and distribution, subsistence practices and landscape management strategies to the differential persistence of societies in the face of changing climatic and environmental conditions. We can think about the sustainability and resilience of societies through both abrupt and longer term climate changes, leveraging the deep time perspective only available to archaeology. We are also contributing to the PAGES Landcover6K project on past global land cover and land use.

If you would like to get involved we welcome further collaborations. There are also opportunities for students and interested members of the public to participate in data handling throughout the project. Please get in touch with Dr Dan Lawrence for further details. 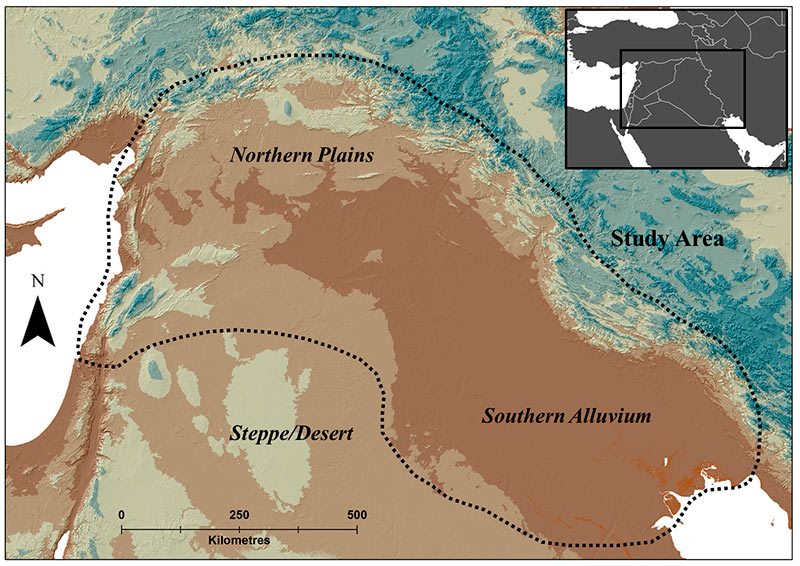