The Quaternary of the Trent

The Trent Valley Palaeolithic Project was funded by English Heritage under the auspices of the Aggregates Levy Sustainability Fund, as was the follow-up Washland Rivers Project. It aimed to re-examine the Palaeolithic archaeology and Quaternary History of the River Trent, the catchment of which contains the northern-westernmost concentration of Lower and Middle Palaeolithic artefacts in Europe.

The project was led by Mark White, David Bridgland (Durham) and Dr. Andy Howard (then of Birmingham, now independent), in collaboration with a range of Quaternary specialists from other universities around the UK.  Tom White (NHM) was a PDRA on the project. 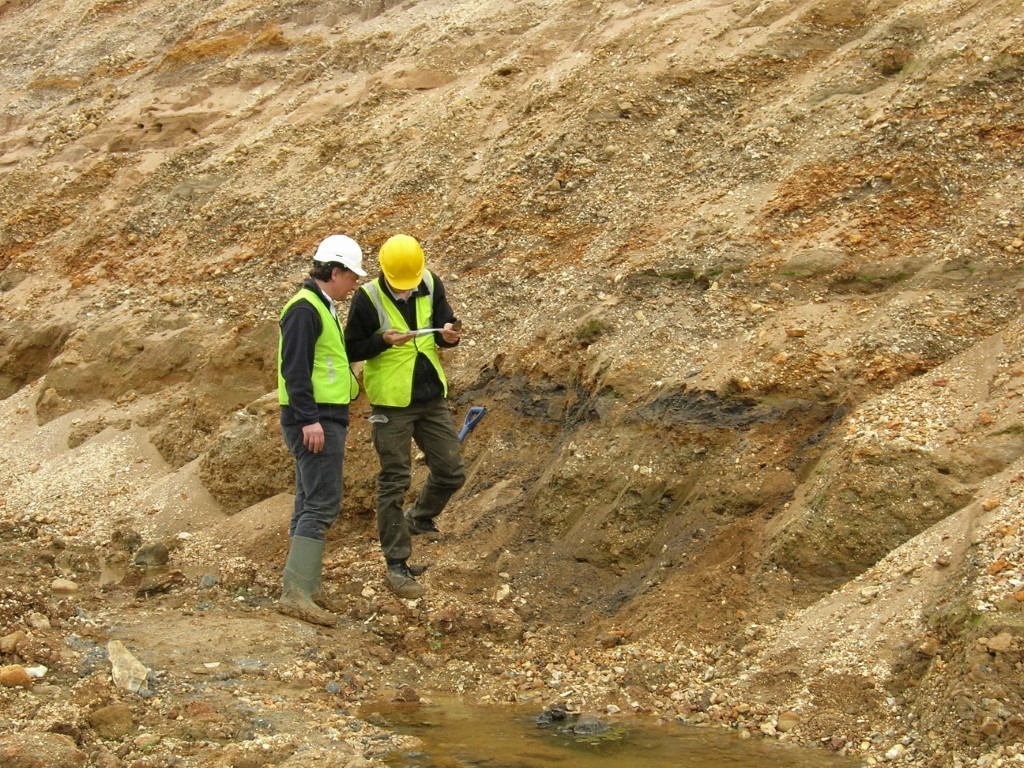 The Trent is the third longest river in Britain (after the Severn and Thames), with a catchment that coincides with a large proportion of the English Midlands. Neither its uppermost (Staffordshire and Warwickshire) reaches nor its lowest reach across the Humber lowlands to join the Yorkshire Ouse have as lengthy a pedigree as its middle course or, more particularly, the important tributaries that join it there, the Dove, Derwent and Soar. All three of these were part of a precursor drainage system, the ‘Bytham River’, the main arm of which flowed from Stratford-upon-Avon to the North Sea near Lowestoft; this huge river was destroyed by Britain’s largest glaciation, during the Anglian Stage, nearly half a million years ago. Although this had been established before the TVPP, the project’s findings have clarified and confirmed numerous important details.

The drainage that emerged following the Anglian was not immediately recognizable as the Trent. In fact it was essentially a Derwent–Soar system, dominated by forebears of these important Trent tributaries, which flowed into a newly formed Fen (Wash) basin. Very little has survived from this early post-Anglian river, which was significantly smaller than the modern Trent; it can, however, be recognized from the valley it cut through Lincolnshire, effectively a precursor of the modern Lower Witham. The reason for non-preservation of its deposits is that a further glaciation occurred, not reaching as far southwards as the Anglian but extending beyond the limit of the much later Devensian (last) glaciation (c. 25,000–15,000 years ago), which impinged only on the extreme upstream and downstream ends of the Trent system. The intermediate glaciation was recognized by many early workers in the region but had fallen out of favour, although there had always been a few adherents prior to the TVPP. Evidence from the project, especially from the Witham valley downstream of Lincoln, placed this ice advance in the antepenultimate glaciation, since two distinct interglacial phases are recognized in the terrace deposits that post-date it. This important evidence, much of it newly reported in this volume, comes from the palaeontological studies as part of the TVPP, including analyses of new quarry sections as well as reappraisal of archived samples and collections. The glacial phase was thus equivalent to Marine Isotope Stage (MIS) 8 of the oceanic sequence, with the interglacials representing parts of MIS 7 and MIS 5. The terrace deposits in the Lower Witham valley were laid down by the Trent, which continued to flow by this route into the Fen Basin almost until the end of the Pleistocene. Following the MIS 8 glaciation, however, the Trent was much more like its modern counterpart, its west-to-east course through Derbyshire and its modern headwaters system having been established, probably as a result of the effects of MIS 8 glaciation in the Midlands.

Part of the evidence for the MIS 8 glaciation in the Middle Trent region comes from the same terrace deposits that yielded much of its Lower Palaeolithic archive, which provided the primary impetus for the TVPP. Museum and private artefact collections were studied and catalogued as part of the project, as shown in a gazetteer that is incorporated in the chapter on the archaeology. Much of the artefact collecting was undertaken in the days of gravel extraction by hand, as documented by early antiquarians; the history of gravel extraction, a further link with the funding source, was also researched and is incorporated in the volume. The principal conclusion about the Lower Palaeolithic archaeology from the main Trent sites is that it is allochthonous, having been reworked from older deposits that were destroyed by the MIS 8 ice sheet and redeposited, in a generally damaged and abraded state, in the aforementioned terrace deposits, which represent outwash from the glaciation.

The Trent was finally disrupted by the ice of the last glaciation, the Devensian, which advanced in lobes down the western and eastern sides of Britain but did not reach the southern Pennine spine in the middle of the country. The advance of the western (Irish Sea) ice lobe would seem to have been earlier (at c. 25,000 years ago) than that in east and it fed outwash into the higher of two terraces in the upper Trent headwaters. It then retreated northwards and the river cut down to its lowest terrace, which was still fed by outwash from the now more distant ice. By this time (c. 19,000 years ago) ice was approaching its southernmost extent in the east of the country, blocking the Yorkshire Ouse–Humber system (still separate from the Trent at this time) and forming an ice-dammed lake: Glacial Lake Humber. A similar lake was probably formed as the ice lobe reached the Fen basin. It is likely that Lake Humber overflowed southwards into the Trent, cutting a channel across the Trent–Ouse interfluve that, upon deglaciation, was used by the Trent when it adopted its modern course to the Humber, close to the end of the Pleistocene. This left the Witham, originally one of the Trent’s largest tributaries, as an independent stream draining the lowermost valley of its former parent river.

The former Trent route (via the Witham) through the Jurassic escarpment at Lincoln was well known before the TVPP, although its history has been clarified and elaborated on by data from the project. Early workers postulated that another route through the escarpment, by way of a gap at Ancaster that no longer carries through drainage, was also an early Trent course. The TVPP found evidence in support of this, although the river in question would have been a minor tributary of the pre-Anglian Bytham system. The project also included investigation of key sites and Palaeolithic archives from the area between the oldest and the most recent courses of the Trent; i.e., north-east Lincolnshire. To enhance the context for the main project findings a review of evidence from cave systems in the Peak District was incorporated, these providing a well- dated archive of the progressive deepening of the Pennine valleys, in a similar way to the terrace sequences in these and other parts of the system. At the same time both types of archive were investigated by mathematical modelling of the uplift history represented, this uplift being assumed to be the driver for the aforementioned valley deepening. Such modelling provides a useful constraint of the interpretation of landscape evolution during the Quaternary, which is an important aim of the project. The envisaged development history of the Trent drainage, as presented here and summarized in the palaeodrainage maps in the final chapter, is largely new and represents probably the most important output from the TVPP, providing a secure context for the Palaeolithic archive and record of human activity. 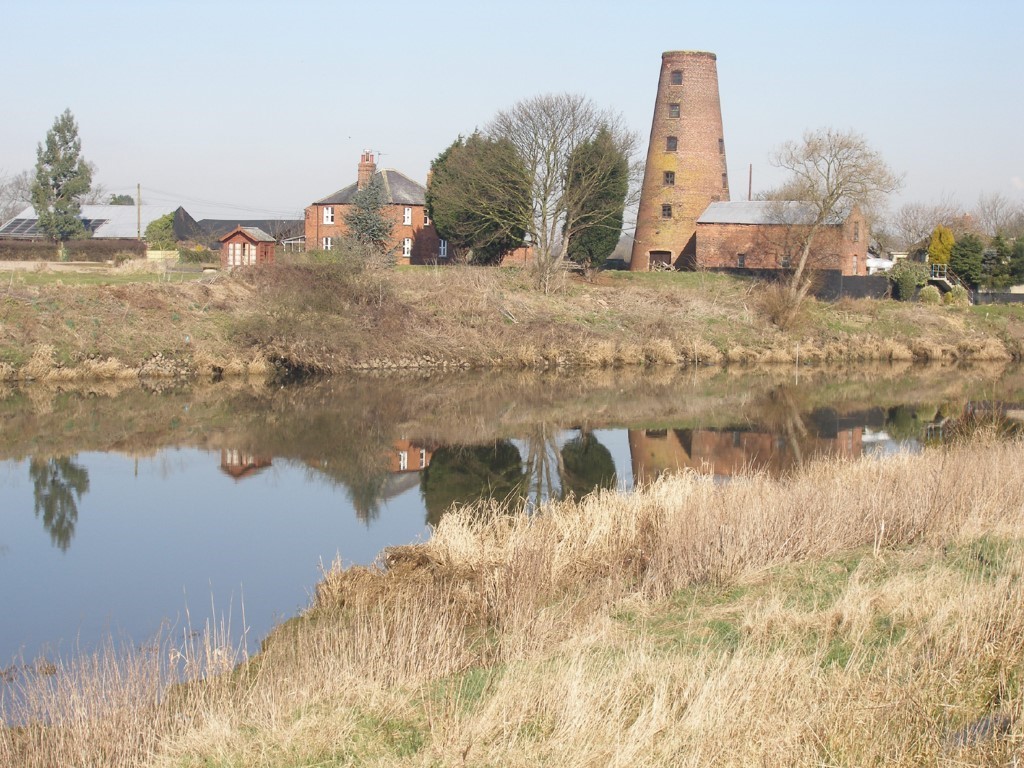 An educational booklet distributed to local museums, schools and other stakeholders.

The projects main output and results were described by Professor Jim Rose (2015 – RHUL) as “an outstanding [contribution]  that will act as a benchmark for work within the region and in cool temperate regions close to the limits of lowland glaciations. It provides substantial new data and these data lead to important new findings and concepts. So often, research grants of the type of the TVPP lead to reports that are stored away, with little impact. This is the opposite.” 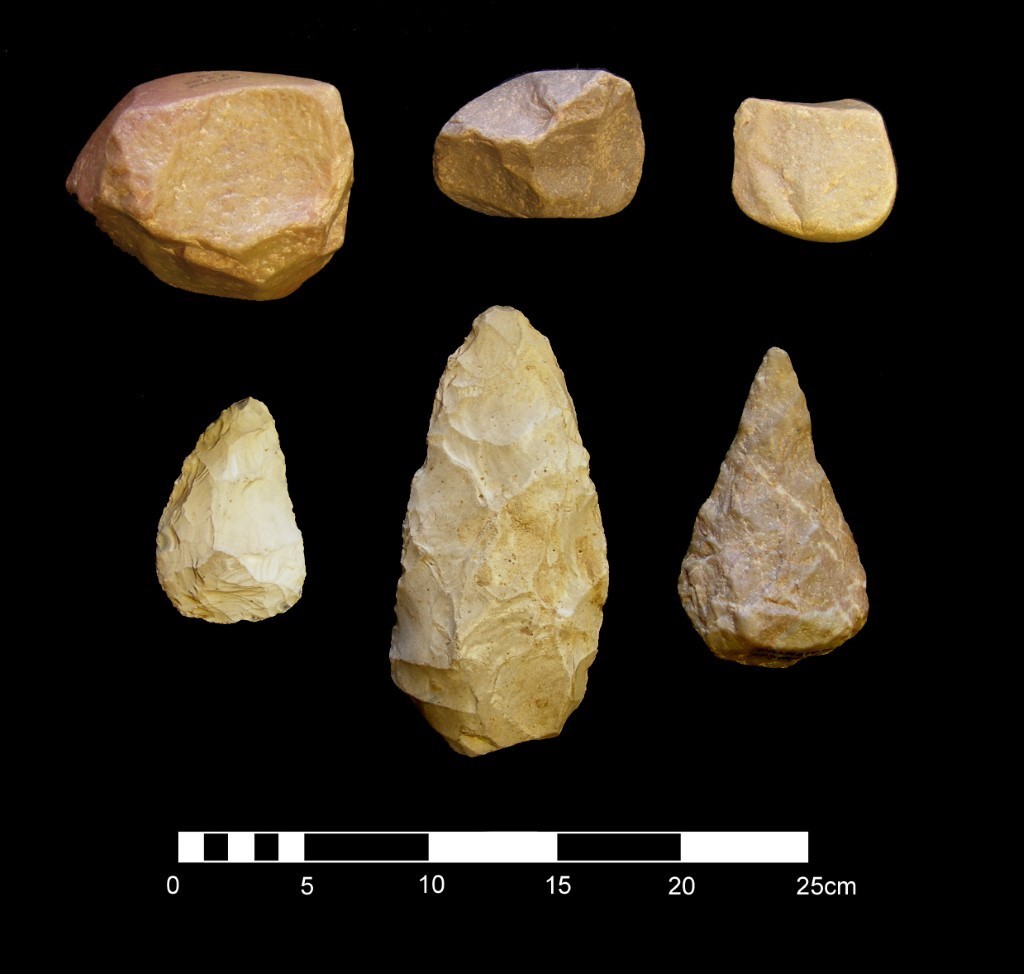 Back to all Projects