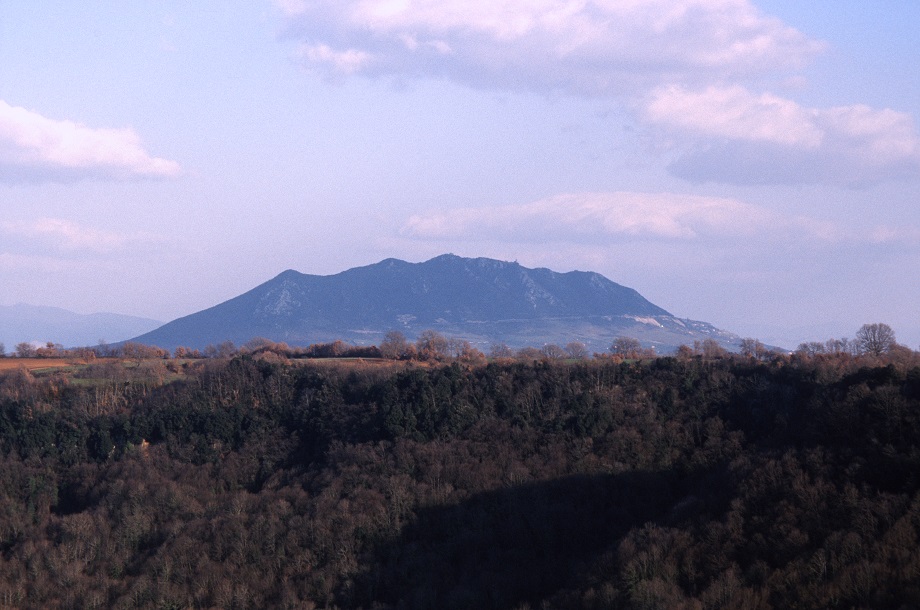 The Tiber Valley Project investigates the emergence and transformation of the city of Rome from 1000 BC to AD 1000 through the lens of the landscape history of its northern hinterland. This region of northern Lazio was the setting for the pioneering South Etruria Survey, conducted under the auspices of the British School at Rome, between the 1950s and 1970s. Although never published in full, the results of that survey were highly influential both the on development of Mediterranean survey and on historical debates, in particular concerning the Republican and early medieval periods. By the late 1990s, it had become obvious that a comprehensive restudy of the complete material and documentary archive was required if the results of the South Etruria Survey were to be used to contribute reliably to research, for example, concerning Roman demography and incastellamento, but also to wider archaeological questions about the impact of ancient cities on their hinterlands, the productive potential of landscapes and inter-regional comparisons of settlement trajectories. Between 1998 and 2002, an international team of researchers based at the British School at Rome and supported by the Leverhulme Trust, restudied around 80,000 objects collected by South Etruria Survey and digitised thousands of record cards to create a GIS database of sites and findspots. The project also undertook a comprehensive literature review to update and contextualise the South Etruria Survey results with details from dozens of subsequent surveys and excavations undertaken within the original survey area and in the area to the immediate east, on the Sabine bank of the River Tiber. The result was a database of around 5000 sites, dating from the Bronze Age through to the medieval period.

The restudy of the South Etruria Survey was supplemented by a series of parallel projects intended to fill gaps in the existing knowledge base and to expand the range of information available. These sub-projects included geophysical surveys of urban sites, specialist studies of materials such as paving stones, repeat surveys and excavations, and have resulted in a number of PhD theses (including studies of brickstamps, agricultural production and multiple classes of pottery).

Over the past two decades, a series of publications have presented interim results and detailed studies of various specific aspects of the project’s research on the pre-Roman, Roman and medieval landscapes of the middle Tiber valley. These include ‘Three South Etrurian “Crises”’ (Patterson, Di Giuseppe & Witcher 2004), Bridging the Tiber (Patterson, ed. 2004), Mercator Placidissimus (Coarelli & Patterson, eds, 2008) and Veii: the historical topography of the ancient city (Cascino, Di Giuseppe & Patterson, eds, 2012).

The final project monograph, The Changing Landscapes of Rome’s Northern Hinterland: The British School at Rome’s Tiber Valley Project (Patterson, Witcher & Di Giuseppe 2020) synthesises two decades’ of research to present an extended regional history of the middle Tiber valley. The chapters include the first detailed assessment of the field methods of the South Etruria Survey, an extended discussion of the use of archaeological legacy data, and new insights into the social and economic connectivities between Rome and the communities of its northern hinterland across two millennia. The volume as a whole demonstrates how the archaeological evidence generated by landscape surveys can be used to rewrite narrative histories, even those based on cities as familiar as ancient Rome. 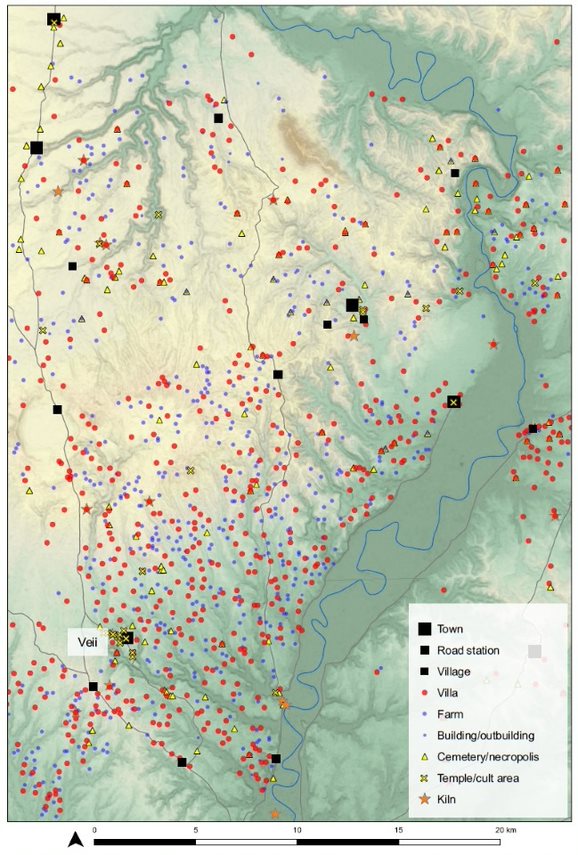