Health and diet in ancient Nubia through climate and political change

This was a 3-year multidisciplinary research project "Health and Diet in ancient Nubia through political and climate change" was funded by the Leverhulme Trust (2009-2012). The project aimed to combine the study of human, botanical and faunal remains, geomorphology and artefacts, in order to elucidate how both the colonisers and the colonised interacted and were affected by the shift in political authority and concurrent, significant, climate change. Excavations at Amara West under the auspices of the British Museum took place annually from 2008 and were led by Dr. Neal Spencer Department of Ancient Egypt and Sudan, British Museum. The main collaborators on the project were P. Ryan and C. Cartwright, Department of Conservation and Scientific Research, British Museum, Prof. J. Woodward, Manchester University, Prof. M. Macklin, University of Aberystwyth and M. Buzon, Purdue University, Michigan.

The ancient town of Amara West is located on the west bank of the Nile, in the north of modern Sudan, about 750km downstream of Khartoum. Amara served as the administrative capital during the last two centuries of Egyptian control (1250-1050BC) over Upper Nubia (northern Sudan). It was a planned settlement housing Egyptian officials, military and associated staff. While contemporary Egyptian texts expound rhetoric of cultural domination, there is evidence from other border areas suggesting extensive interaction between Egyptians and Nubians. Around 1070BC Egyptian political control over Upper Nubia was lost, presumably at a time of profound climatic change in the region, and the settlement area at Amara West was assumed to have been abandoned. However, fieldwork in the cemeteries has revealed evidence that people continued to live in the area until c. 800BC even though settlement deposits for this later period are yet missing.

The key outcomes for the project were

Focusing on the part of the project that considered the analysis of the human remains from the site, and supervised by Prof. Charlotte Roberts and Dr Andrew Millard, research postgraduate Michaela Binder contributed to the project by investigating the human remains. The analysis particularly considered pathological changes and the analysis of carbon and oxygen isotopes, as well as the supervision of the cemetery excavations and analysing the archaeological context of the graves. She completed her PhD in 2014. Further research included radiocarbon dating of carbonate in human bones in collaboration with J. Meadows (Centre for Baltic and Scandinavian Archaeology, Schleswig/ Christian-Albrechts-University Kiel, Germany) and Andrew Millard at Durham.

In addition, Michaela Binder led the Amara West Bioarchaeology Field School over a number of years. This program, rooted within the Amara West research project focuses on providing training in bioarchaeology for Sudanese archaeologists and includes training in analytical techniques as well as field work in the cemeteries of Amara West. In July 2013, a 3-day conference “Nubia in the New Kingdom” was held in the British Museum. Several members of the project including Michaela Binder gave presentations on recent outcomes of their research. 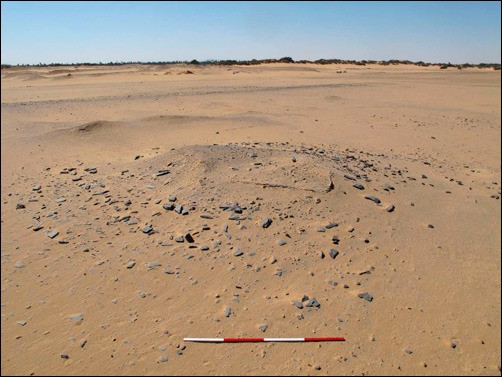