Children of the Revolution: 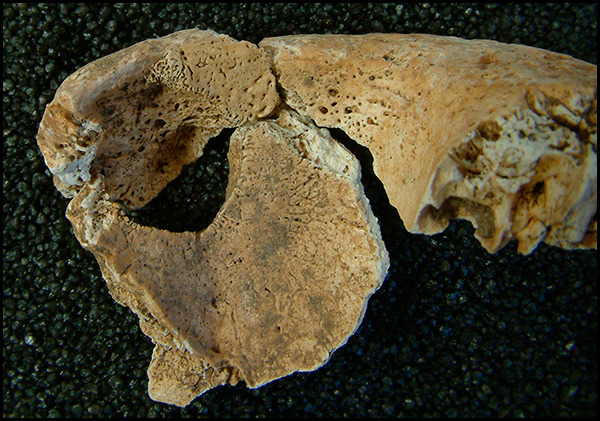 The Industrial Revolution resulted in rapid urbanisation and profound socio-economic change, with dire consequences for health and well-being. The shift from a rural, domestic workforce to one that was primarily urban and factory/mining-oriented brought economic benefits, but resulted in well-documented increases in population density, inadequate housing and sanitation, air pollution and poor working conditions. Health inequalities between rich and poor, as well as urban and rural dwellers widened, evidenced by contemporary descriptions of the wretched physical condition of the urban working classes. Recent excavations of 18th-19th century skeletal assemblages from the rural site of Fewston, North Yorkshire (n =145) and the urban site of Coach Lane, North Shields (n = 246) provide a unique opportunity to explore the direct physiological impact of these contrasting environments on children living at the time. Few studies of post-medieval skeletal collections have been undertaken on sites from the North, with the vast majority of published sites from this period located in the South. The skeletons from both sites were analysed for prevalence rates of non-specific indicators of health stress (e.g. cribra orbitalia, enamel hypoplasia), infectious disease (e.g. tuberculosis) metabolic disease (e.g. rickets and scurvy), respiratory disease (e.g. sinusitis) evidence of growth stunting, pubertal timing and adult stature.

Contrary to expectations and historical evidence, the prevalence of health stress was very high in the rural children as well as those living in the heavily industrialised town of North Shields. In addition, there was a greater than expected proportion of individuals dying in adolescence at the rural site. Possible explanations include the effects of rural poverty, but a more likely scenario is that the data is skewed by the presence of pauper apprentices from London workhouses. These were impoverished children who were apprenticed to rural-based mills, often in the North of England. Historical evidence demonstrates that pauper children from the London parishes of Lambeth and Shoreditch were sent to work in the Fewston mill. By undertaking additional stable isotope research on a sample of the adolescents from Fewston, this project has for the first time identified pauper apprentices in the bioarchaeological record. This has allowed the direct documentation of their health through the range of pathological skeletal lesions, including tuberculosis, severe growth stunting, nutritional deficiencies and respiratory disease. Finally, this project highlights the fact that industry and mobility was not just an urban phenomenon during the 18th and 19th centuries, but also a rural one and we should consider the impact of this on the health and population structure of those living in rural environments.

We are extremely grateful to the British Academy for funding this research (Grant Number SG132083).

We are also grateful to Malin Holst (York Osteoarchaeology and University of York) and Sally and Clive Robinson (Washburn Heritage Centre, Fewston). This project also forms part of a larger grant funded by the Heritage Lottery Fund.