The Natal Landscape of the Buddha

Tilaurakot-Kapilavastu is located three kilometres north of the town of Taulihawa on the eastern bank of the River Banganga. The site consists of a fortified 'citadel' of approximately 500 metres by 400 metres surrounded by a series of associated monuments. It was first noted as a place of archaeological interest in 1896 and the archaeologist P.C. Mukherji was convinced that the remains represented Kapilavastu, the capital of the Sakya kingdom, and childhood home of the Buddha. Following the success of Phase I of the Japanese-Funds-in-Trust-for-UNESCO Project Strengthening the Conservation and Management of Lumbini; the Birthplace of Lord Buddha, Phases II and III have engaged the Greater Lumbini Area, and its stakeholders and residents, more broadly.

The archaeological team combine geophysical survey, auger-coring, excavation, fieldwalking and geoarchaeology to understand the origins, development and chronology of the site and develop an understanding of Tilaurakot-Kapilavastu’s urban morphology and immediate environs. The project is also examining nearby archaeological sites to develop an understanding of the changing dynamics of the wider hinterland, and to assist with the long-term protection of the cultural landscape as a whole. Expanding the inter-disciplinarity of the original Lumbini team, it has successfully assembled archaeologists, conservators, planners, managers, museum and education experts to co-design a campaign to protect, preserve and present Tilaurakot-Kapilavastu and archaeological sites within the wider landscape as well as engaging with their residents and stakeholders. Currently on the Government of Nepal’s list of Tentative World Heritage Sites, our new information and activities are informing its dossier for inscription on UNESCO’s list of World Heritage Sites.

Our research at Tilaurakot-Kapilavastu has revealed the most complete plan of an Early Historic South Asian city. Linked to UAV mapping of the site, geophysical survey within and around the city has revealed a grid-plan layout of houses, shops, buildings, streets and lanes, with cardinally-oriented gateways providing access in and out of the city. At the centre of the city lies a central walled complex measuring roughly 100 by 100 metres and, close by, a large, square monumental tank measuring some 30 metres square. Outside the city, geophysics has identified the remains of a large monastic complex to the east, and further structures to the south and west. Targeted excavation has confirmed this morphology, including the presence of a major northern gate on the northern face of the central walled complex. Palatial in scale and construction, we assume that its functions were related to the administrative and political elites of ancient city. Scientific dating has confirmed that the adjacent brick-lined water tank was constructed in the third century BCE. One of the very few examples of a Mauryan period civic structure in South Asia, the design is similar to those found in the Medieval cities of Kathmandu and suggests that such infrastructure developed in the Terai before moving northwards into the Valley.

Excavations adjacent to the modern Samai Mai Temple have uncovered over four metres of successive structures and occupation, and our new dates suggest that this part of the site was first occupied in the eighth century BCE. The settlement was then fortified and laid out in the sixth century BCE, suggesting the presence of significant centralised control and urban planning. The core of the city was largely abandoned in the first half of the first millennium CE, with the exception of the construction of a monumental Gupta-style brick temple, which lied below the foundations of the modern temple. We have also investigated the wider hinterland of the city, beyond its walls, and found evidence of monastic complexes, an industrial zone and suburbs. Collectively, these discoveries not only highlight the importance of the archaeological heritage of Tilaurakot-Kapilavastu and the surrounding landscape, but also the need to protect it from future development.

The project has also explored the morphology of other significant sites within the Greater Lumbini Area, including Chatradei, Ramagrama, Kudan, Niglihawa, Araurakot, Sisaniya, Sagrahawa, Gotihawa, Karma and Dohani. This has allowed us to further understand the origins and developments of these sites, as well as their links to Tilaurakot-Kapilavastu and Lumbini. The results of our mapping is feeding into the co-production of a series of Archaeological Risk Maps for each site, to inform site managers and guide land purchase and development plans. This work has been accompanied by surveys of residents, pilgrims, stakeholders and businesses to better understand the needs of visitors, and to understand the current social and economic impacts of the site.

Recent interventions include the co-development of exhibitions for the site’s new museum and the initiation of an annual heritage festival, which includes school competitions. These combine to promote heritage protection alongside celebrating the intangible traditions of local communities and those in the wider area. These activities helping to define what sustainable pilgrimage means at Tilaurakot-Kapilavastu, whilst also preserving and protecting the site and region’s unique cultural heritage.

The Archaeological Risk Maps developed from our research findings are now being incorporated into planning frameworks. This includes planning documents for sites within the jurisdiction of the Lumbini Development Trust and Department of Archaeology, Government of Nepal, including the Lumbini Development Trust’s document ‘Planning the Greater Lumbini Area: Fountain of Buddhism and World Peace’ (2019)

The project has co-developed guidebooks and site information boards and provided postgraduate teaching and curriculum development for local universities. Through an invitation from the Department of Archaeology, Government of Nepal, the team worked alongside experts from Nepal’s National Museum, Durham’s Oriental Museum and Bangladesh, Pakistan and India, to co-design displays for Tilaurakot’s new museum. Highlighting research results for the general public, the exhibition also included a permanent display for local communities and visiting pilgrims on threats to heritage sites. This research has also been showcased at international exhibitions, ‘Walking with the Buddha’ at the Fo Guang Shan Buddha Museum in Taiwan, which received almost one million visitors as well as at the Shwedagon Pagoda in Yangon, Myanmar, where 60,000 people attended.

This project has become a focal point for SAARC archaeological cooperation, with archaeologists joining from India, Pakistan, Sri Lanka, Bhutan and Myanmar to develop and share techniques, issues and methodologies. 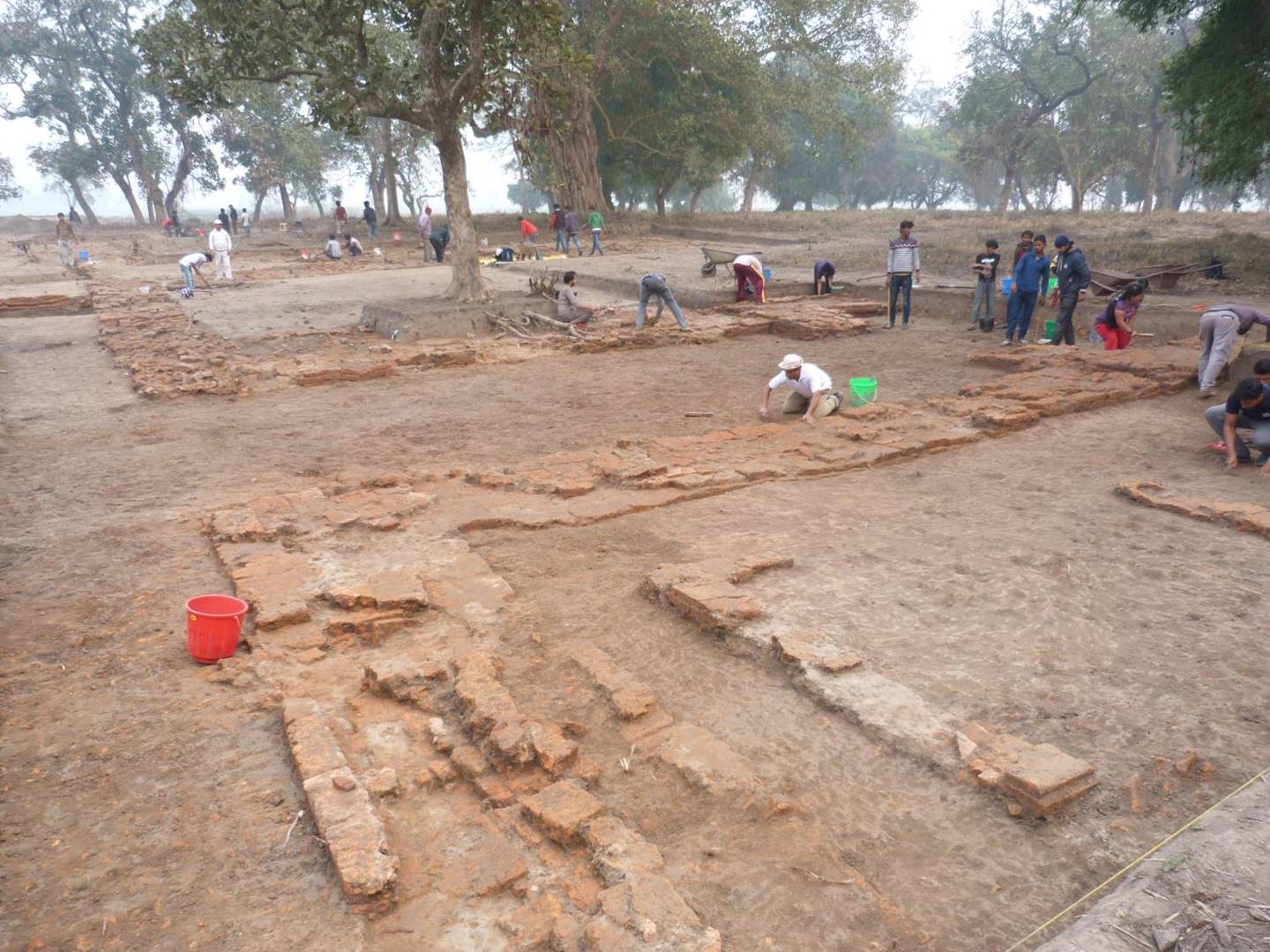