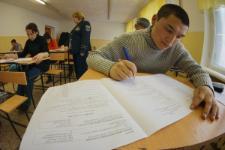 Designed and carried out by Dr Polina Kliuchnikova under the supervision of Professor Andy Byford, this project focuses on 'Russian' as language of transnational interethnic communication in the context of migration from the former Soviet space to the Russian Federation. This includes: (a) the study of Russian government regulations regarding language skills for migrants and the authorities’ implementation of relevant policies; (b) the analysis of media and online debates concerning the issue of language among FSU migrants in Russia; (c) interview-based ethnographic research, focusing on migrants’ experiences of and views on Russian as a medium of communication in migration; and (d) the study of language-related infrastructure targeting migrants, such as Russian language courses and translation agencies. This research is part of the development of a more culturally-oriented exploration of the politics of post-Soviet migration both within and beyond the former Soviet area, led by Professor Byford in the context of the Cross-Language Dynamics programme of work.

Migration flows within the post-Soviet space maintain a relatively homogenous image and status of Russian in relation to other languages; for most FSU migrants Russian has continued to function as a lingua franca for inter-ethnic communication, but mostly de facto and through everyday informal interactions. As many other regional lingua francas, the Russian language of these mobile groups is occasional rather than systematic, non-standard rather than normative, conversational rather than formal. The decades after the collapse of the USSR have contributed to further diversification of what was once known as ‘standard Russian’, taught in every Soviet educational institution, into a number of regional vernaculars.

Once mobile migrant groups from the FSU space arrive in Russia, however, they usually face strong language normativity exercised in different communicative contexts, which labels them as ‘non-native’ speakers of the language. The Russian state has recently introduced this ‘normative barrier’ as a compulsory component of testing to regulate incoming migration (cf. the federal law No74-Ð¤Ð— from 2014). Thus language competence becomes a focal point in migrants’ integration into the receiving society. Given the fact that the majority of immigrants come to Russia from the post-Soviet space (in 2014, 90% came from other CIS countries), testing for basic knowledge of the Russian language (merged with tests on Russian history and legislation) has re-actualised the issue of ‘language competence’ in the post-Soviet context of mobility and migration.

Apart from newly introduced exam requirements, this category of migrants is also subject to public debates and (mis)interpretations, particularly with reference to 'language'. The ‘non-Russian’ FSU migrant is exposed to an active process of othering both in media discourse and general public discussions, and one of key reasons for this is their non-standard, 'truncated' Russian. The dispute goes beyond any technical levels of mastery in the language (which can be ‘objectively’ measured by a standardised test, as the recent law proposes) towards more ambiguous terrains of sociolinguistic markers and sociocultural implications of language use.

This project looks at the intersection of three related strands that shape FSU migrant experiences in the process of language integration and self-identification in present-day Russia.

The research design involves a combination of methods: work with legal documentation and teaching textbooks, multi-sited ethnographic fieldwork (see Leaflet Promoting the Project to Informants), and discourse-oriented online ethnography. The project is also supplemented with a number of more practically-oriented activities aimed at engaging migrant communities, active groups working with migrants, and the general public in Russia.