At Trevelyan, our advisory board is a distinguished group of experts helping to raise our College profile and provide guidance, knowledge and skills to our students.

Professor Joy Carter was formerly the Vice-Chancellor of The University of Winchester. She is an academic with research-based in Geochemistry and Health and was a former President of the international society in her field. Professor Carter is currently a Co-Chair of the Climate Commission for UK Higher and Further Education, Chair of St Ethelburgas Centre for Reconciliation and Peace and Chair of the National Governing Body (NGB) of Squash. Professor Carter is a Patron of 6 charities and is a Deputy Lieutenant for the county of Hampshire. Passionate about all aspects of sustainability and social justice, she has particular interests in climate change, widening participation, sport and animal welfare. She is an ambassador for Religions for Peace International and a member of the Standing Committee on Nurturing a Sustainable Environment. Professor Carter was awarded a CBE in the New Year Honours in 2018 for services to Higher Education. 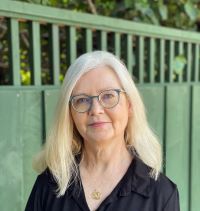 Zoe Scheinman attended Trevelyan College from 1984-88, with a year abroad in China at People's University Beijing. After graduation with a degree in Chinese, she moved to Hong Kong to work for Jones Lang in a new real estate department. In due course, she migrated again and landed in California, where she still lives. Zoe has an MBA from UC Berkeley and worked as a Product Manager for a couple of manufacturing companies. She is delighted to maintain her connection to Durham University as a board member of the North American Foundation for the University of Durham (NAFUD), which raises money, supports alumni in the US, and assists with admissions. Zoe credits Trev's and Durham for her education, career, spouse, and some very fun times. 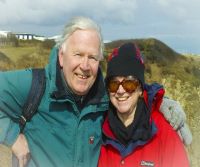 John returned to the North of England to take up the post as the Bursar of Trevelyan College in 1988. Prior to that, he had worked in the UK oil industry, joining Shell Mex & BP as a graduate entrant (Queens Belfast), and later BP Oil, the UK operating arm. Personnel Management, marketing, change management and finally Government Affairs were all to prove useful in the role of Bursar. The Bursarship of adjoining St Marys College was added in 2002. The College gave him the time to complete the Durham MBA (part-time) and also served as a magistrate for 20 years. Retirement has enabled an indulgence in his enduring love of music, as both player and listener. It offered him the time to obtain an undergraduate degree in humanities followed by an MA in music (both Open University), and until recently a community role as a Parish Councillor. 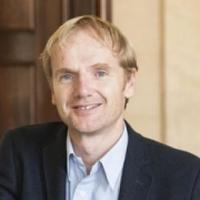 Stephen Tuck is Professor of Modern History at the University of Oxford, and a fellow of Pembroke College. His research interests include modern race equality struggles in the United States, the relationship between religion and racism, and the writing of national history. His books include We Ain't What We Ought To Be: the black freedom struggle from emancipation to Obama (2010), and (with Robin Kelley) The other special relationship: race and rights in Britain and America (2014). He was the founding director of The Oxford Research Centre in the Humanities, and is currently the community history officer in the faculty of history. 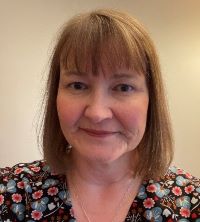 Claire graduated from Trevelyan College in 1987 with Joint Honours in French and German. She qualified as a solicitor and spent 11 years in private practice at Slaughter and May, 11 years in various general counsel roles in private equity and has just completed her eighth year in asset management as General Counsel and Chief Compliance Officer of Payden & Rygel Global Limited. She founded the Private Equity Lawyers Forum in 2003 for the advancement of professional standards and training in the private equity sector. She's served on BVCA and Invest Europe industry committees promoting standards in private equity as well as teaching Invest Europe foundation courses in private equity and serving on the Investment Association's Financial Crime Committee. She is a director of NESsT UK Limited, a charity backing social enterprises in Eastern Europe and Latin America. She raises money for women's social justice causes and a mentor for the Social Mobility Foundation. 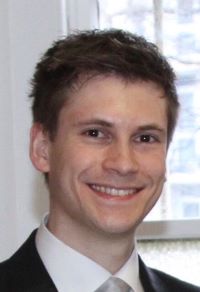 Ollie is a graduate of Durham University and Trevelyan College. He arrived at Trevs in 2008 and left in 2015, during which time he completed LLB, MJur, and PhD degrees in Law. While at Trevs, Ollie was elected President of both the JCR and MCR and was actively involved in a range of college societies. He appeared in three Trevs Musicals, and was appointed as a Junior and then Senior Server at Trevs Bar. Ollie is now Assistant Professor of Law at Maynooth University in Ireland, where he teaches and researches mainly in the fields of EU law and legal pedagogy. He is the co-author of Legal Research and Writing Skills in Ireland, and his current research projects include a monograph on alcohol and EU law and the co-investigation of a UKRI funded project on the impact of the EU Better Regulation agenda on health policy.

Adekunle graduated with First Class Honors from the University of IIorin, Nigeria in 1990. He obtained his MPhil in Microelectronics Engineering and Semiconductor Physics; PhD at the University of Cambridge in 1993 and 1996 respectively.

Adekunle was the founding Master of Ridge View Residential College and Professor of Electrical and Computer Engineering at the National University of Singapore, where he has worked from May 2000 to January 2020. He has conducted pioneering research work in the field of nanomagnetism and magnonics. He has won many awards including being named one of the top 100 young innovators in the world by TR100, an award-winning MIT magazine on technology. In 2013 he was selected Institute of Electrical and Electronic Engineering Magnetics Society Distinguished Lecturer. Adekunle is a Fellow of the American Physical Society, Fellow of the Institute of Physics and Fellow of the Institute of Nanotechnology.

Link up with our Advisory Board members.
Here