Trevelyan College was founded in 1966 and named after George Macaulay Trevelyan, the famous historian and Chancellor of the University from 1950 to 1957. Trevelyan was originally a women's college - in fact, it was the last purpose-built all-female college to be built for a British university. Men were admitted for the first time in 1992 and the College is now a diverse, international community with just over 1,000 students.

Trevelyan's motto is Vera Fictis Libentius, or "Truth More Readily than Falsehood". The College crest is closely modelled on that of the Trevelyan family, including the famous swimming horse, a reference to the legend of the first Trevelyan who swum his horse from St Michael's Mount to the Cornish mainland for a wager.

Trevelyan's distinctive hexagonal architecture was designed by John Eastwick-Field and has won a Civic Design Award. Its facilities are all interconnected and under one roof, which adds to the friendly atmosphere upon which the College prides itself. In 2020, Trevelyan supplemented their Latin motto with an additional English one, “Explore without Limits”. This reflects the College's focus on providing its students with the opportunities they need to challenge themselves and develop into well-rounded, future-ready graduates. 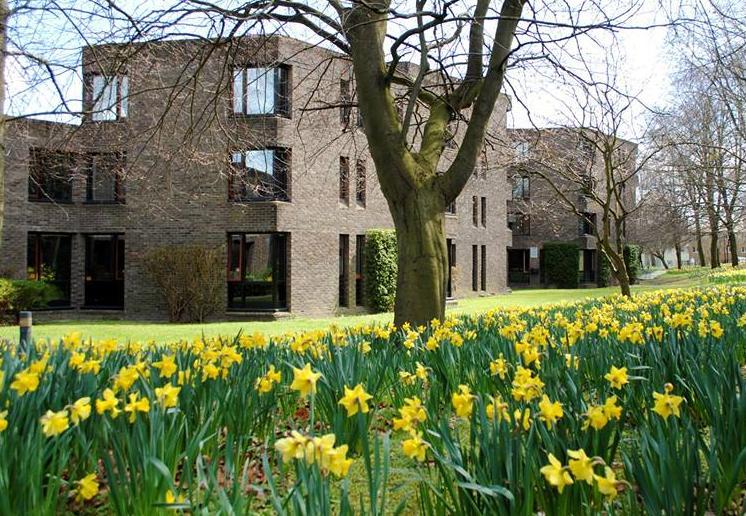 Check out our list of FAQs or submit an enquiry form.
Ask us